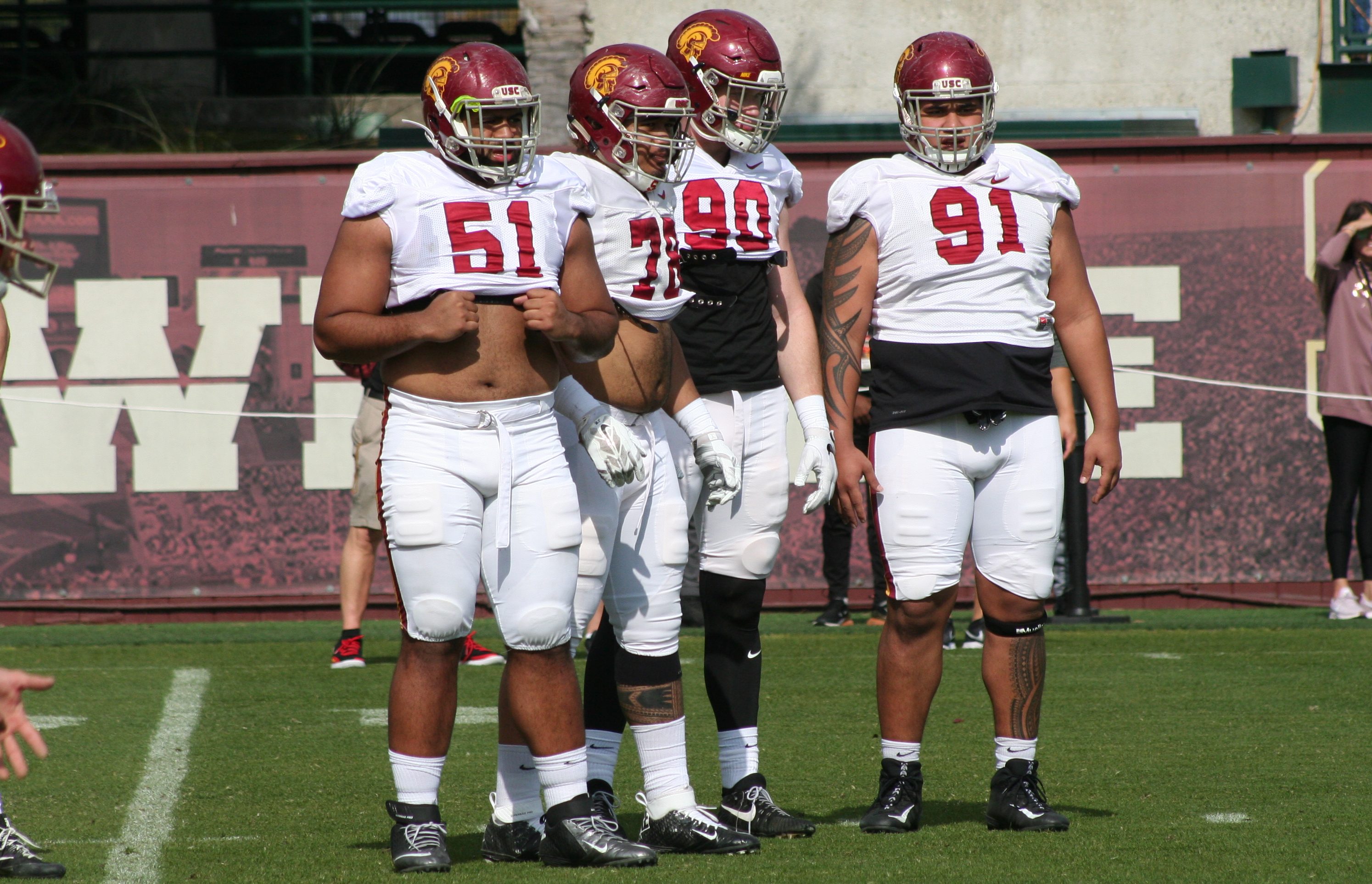 USC offensive and defensive linemen are hungry to get back on the field this fall. But as is the case with all college football big men, that group is also usually just plain hungry.

Food has been a consistent theme from USC coaches and staffers over the past few months, as they’ve been able to stay home and work on their cooking and grilling skills. Now, the players will get in on the action, as USC on Thursday announced its 2020 Big Man Cookoff, a competition that will pit 14 offensive and defensive linemen against each other in a cooking competition that will be judged by you, the fans.

Right off the bat, all eyes will be on Jason Rodriguez, as his father’s twitter feed is flooded with photos and videos of his latest smoker conquests.

But Liam Douglass is an interesting competitor as well. He’s not shy about showing off his barbecue abilities and that reveal after a long smoke is always a crowd pleaser.

Will one of the offensive linemen serve up some pancakes? Does a defensive lineman counter with a sack lunch? Who tries to win over the Coliseum home crowd with a bacon-wrapped hot dog? And most importantly, does any of the food actually make it to the plate?

Ultimately, this should be a fun way for fans and the program to interact, and likely allow the players to showcase not only their culinary skills, but also their personalities.

And as for this competition, there is no scheduled involvement from the USC coaches, but there’s no word yet on whether safeties coach Craig Naivar’s flamethrower will make an appearance.