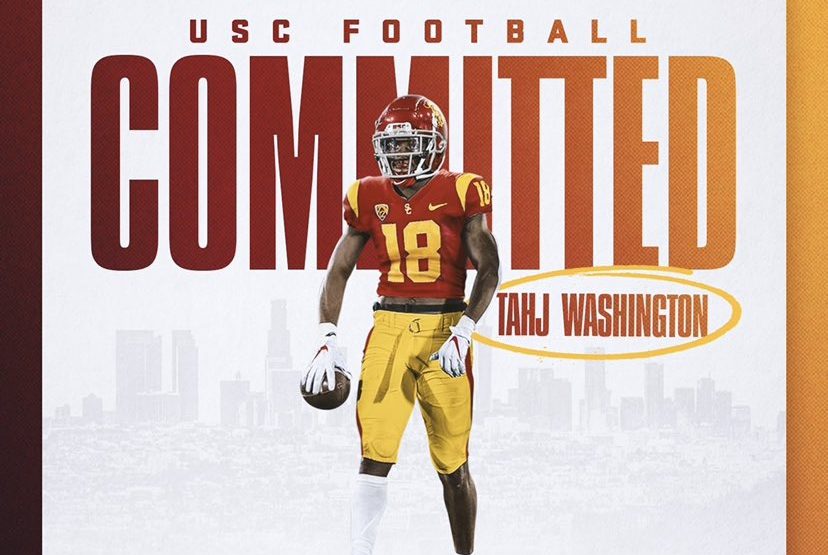 USC will add another transfer player to its 2021 roster as former Memphis wide receiver Tahj Washington announced Wednesday evening that he’s a Trojan.

Washington caught 43 passes for 743 yards and six touchdowns last season for the Tigers, and added a rushing score. He was also the top kickoff returner, with 12 returns for 242 yards. He started all but one game last season and had at least one catch in every contest, including seven receptions for 131 yards against UCF.

He was named to the Football Writers Association of America’s Freshman All-America team last year, in his redshirt freshman season.

The 5-foot-11, 175-pound Washington brings more speed to the position for a USC team that is still looking for the right numbers at the wide receiver position. The Trojans had just five scholarship receivers available for Tuesday’s spring ball practice, and USC had just six non-freshmen scholarship receivers on the roster. With the anticipated ruling of a one-time transfer allowance, it’s likely that Washington will be eligible for USC this fall.

Washington provides another Texas connection for USC, as he attended Marshall (Tex.) High School and was a three-star prospect in the 2019 recruiting class.