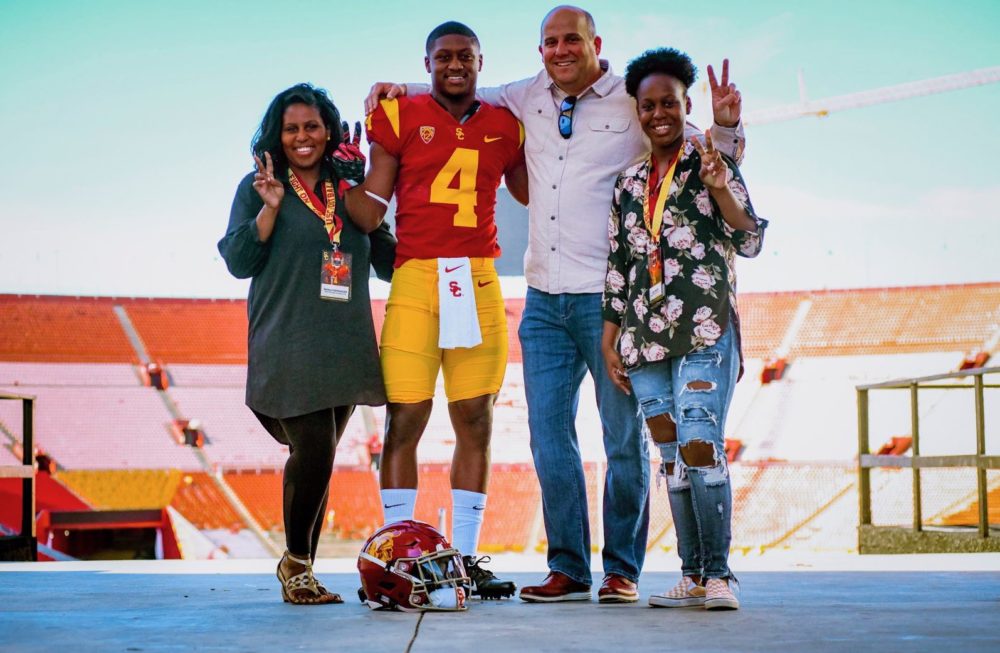 As a three-star prospect out of Texas, Darwin Barlow took a late official visit to USC in the weeks leading up to signing day 2019. Now, 878 days later, the Trojans have landed a commitment from the 5-foot-11, 205-pound back.

It took two seasons at TCU and the emergence of standout freshman Zach Evans to lead Barlow to USC through the transfer portal, but the Trojans have added another talented player to what now looks like a formidable running back room.

Barlow used his redshirt year in 2019, then rushed for 428 yards and four touchdowns in 10 games last season as a redshirt freshman. He doesn’t look like a big back, but he can run like one and is a tough runner to bring down and he was unbelievably productive during his high school career, rushing for 5,720 yards and 93 touchdowns. He’s dynamic as a runner and receiver, which will help him in this USC offense.

This is the second transfer running back to come to USC this offseason, with the addition of former Texas tailback Keaontay Ingram before spring ball. The running back position has seen a fairly significant shift since the 2020 season, with Markese Stepp and Stephen Carr transferring to Nebraska and Indiana, respectively, and Ingram and now Barlow making their way to USC.

Barlow might not be the last running back out of Texas to commit to USC this month. He might not even be the last back from Newton High School. USC hosted three-star running back De’Anthony Gatson this past weekend and, on the heels of that visit, Gatson said he’ll be announcing his commitment on June 22, following an official visit to Colorado. Gatson visited Texas previous to his USC trip, but things are looking good for the Trojans at this point.

Injecting immediate production in the running game was a priority for the Trojans this offseason. One position the USC coaches have been unable to address through the transfer portal has been the offensive line. The Trojans have chased a few potential additions there, but have come up empty so far.