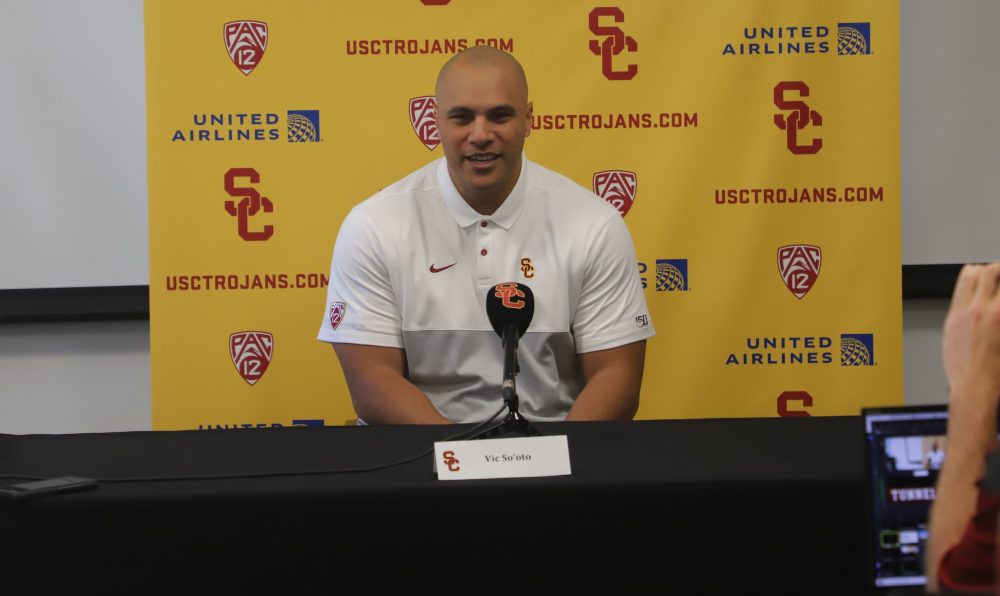 He’s the nation’s No. 20 overall prospect and the No. 2 defensive tackle nationally. He possesses an uncommon combination of size and athleticism that makes him a terrific prospect. And that ability makes him versatile and a good fit in any defensive front–a major asset for USC defensive coordinator Todd Orlando.

USC has an interesting angle with Smith, as he and No. 1 overall prospect Korey Foreman (Corona, Calif./Centennial) have developed a strong relationship throughout the recruiting process. The two have talked extensively about playing at the same school and USC is doing well with Foreman at this point. But landing a local prospect in Foreman and going across the country for Smith–a coveted prospect with a number of SEC finalists–are two different things. And Smith is considered a significant lean to LSU at this point, which makes this recruitment an uphill battle for the USC coaches.

Getting him on campus for a visit is a must, but the recruiting dead period has been extended through August, and there’s no guarantee at this point that it will resume on Sept. 1. LSU is also a legitimate option for Foreman, and now Alabama, Georgia and Oregon have been mentioned as potential finalists for both players.

USC defensive line coach Vic So’oto hasn’t been shy about going after the nation’s best in the 2021 and 2022 classes, and he’ll take on the challenge of going after Smith.