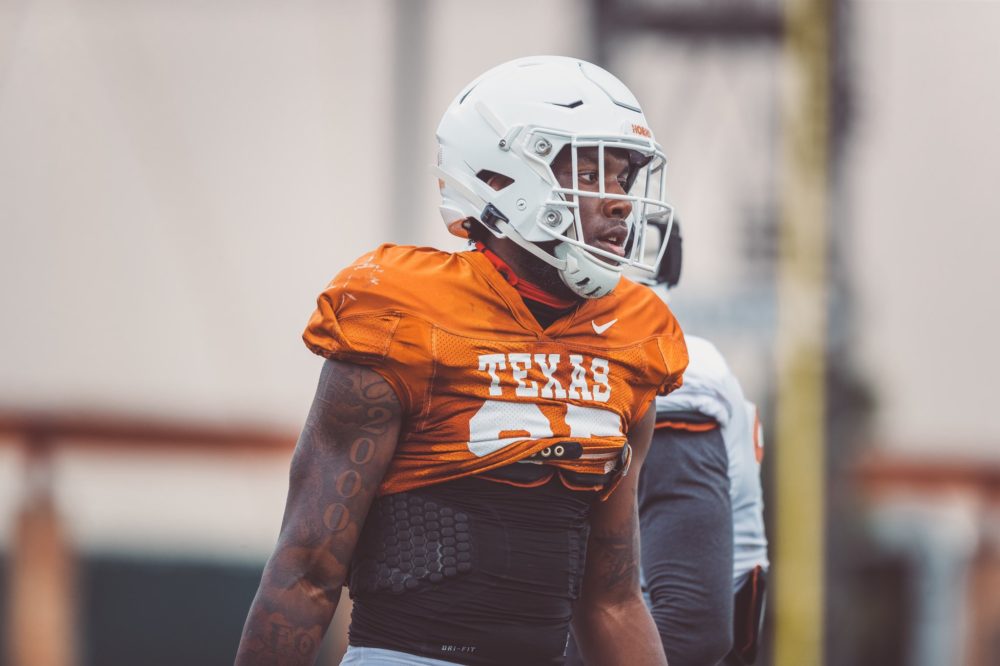 USC will have another former Texas Longhorn on its 2021 roster following the commitment of Malcolm Epps on Monday morning.

The 6-foot-5, 250-pound Epps was a four-star tight end prospect in the 2018 class who entered the Texas program as a bit of mix between a true tight end and a big wide receiver. He began his Longhorn career as an outside receiver, stepping into the starting lineup as a redshirt freshman to catch 20 passes for 232 yards and two touchdowns. The following year he was moved to tight end and wasn’t able to generate the same level of production, finishing the 2020 season with just three catches, but two went for touchdowns. His big frame makes him a potent redzone weapon.

Seemingly passed on the depth chart by some younger options this spring, Epps elected to enter the transfer portal in late-April and found a willing landing spot in USC, which adds Epps to running back Keaontay Ingram and safety Xavion Alford as former Longhorns who have become Trojans this offseason. Epps entered the transfer portal last week and made a fairly quick commitment to the Trojans.

It’s an interesting addition for USC. The Trojans have a major weapon at that hybrid wide receiver/tight end position in Drake London, but he spent a lot of the spring workout as an outside receiver as USC coaches look to potentially move him to different spots in the offense this fall. The tight end spot for the Trojans is potentially loaded with options. Seniors Erik Krommenhoek and Josh Falo elected to return to take advantage of the NCAA-granted extra year of eligibility. Jude Wolfe and Ethan Rae are back and the Trojans brought in Lake McRee as an early enrollee and will have Michael Trigg joining the team this summer. But Wolfe missed the entire spring while recovering from foot surgery and Rae missed a chunk of it as well (and has missed all of his first two seasons at USC). Falo also has some injury history and didn’t participate in every spring practice.

There has been a lot of talk about how USC would like to use the tight ends more and it’s clear that the Trojans prefer a catch-first option there. Epps also has the ability to come in as a big receiver and is clearly comfortable working on the outside.

USC was down to using walk-ons liberally in a few late practices this spring. The Trojans suited up just three scholarship wide receivers and two scholarship tight ends during the final spring ball practice.

Epps is USC’s sixth addition from the transfer portal this offseason. Ingram and Alford came over from Texas and wide receiver K.D. Nixon from Colorado. Defensive tackle Ishmael Sopsher missed spring ball while he recovered from compartment syndrome surgery. And USC received a commitment from Memphis wide receiver transfer Tahj Washington. USC might not be done scouring the transfer portal. Clay Helton said during his final media session of spring ball that there are still scholarship spots open to go after players. Adding an offensive tackle, defensive tackle or inside linebacker could be the next area of focus.

A four-star prospect out of Houston, Epps held scholarship offers from Alabama, LSU, Michigan, Ohio State and others as a high school recruit.