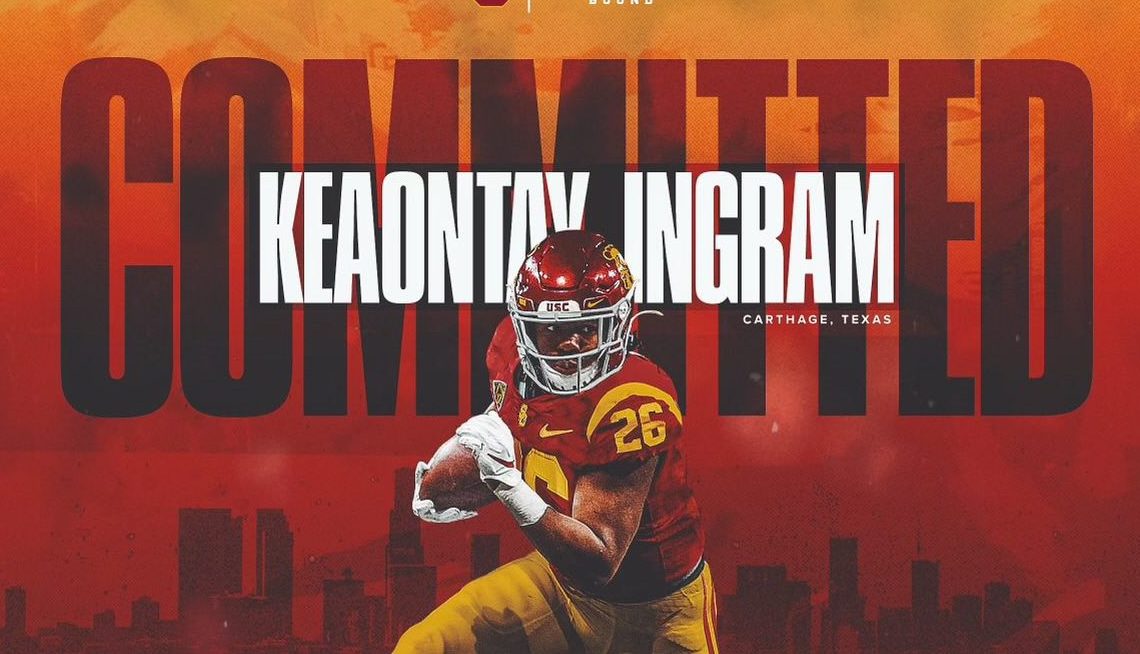 USC was hit hard this offseason by early departers to the NFL Draft and the transfer portal. But the Trojans have been consistently reeling in players out of the transfer portal, ticking off boxes in adding depth and talent to important positions. The newest addition came Tuesday, when former Texas running back Keaontay Ingram announced his decision to transfer to USC.

A four-star tailback in the 2018 recruiting class, Ingram has rushed for 1,811 yards and 11 touchdowns in his three-year Texas career. He’s also caught 67 passes for 515 yards and six more scores.

The 6-foot, 222-pound back can do a bit of everything as a tailback and will be immediately in the mix for playing time despite USC on track to welcome back Stephen Carr, Vavae Malepeai and Kenan Christon. USC also signed four-star running back Brandon Campbell in the 2021 recruiting class.

Ingram made an immediate impact in Austin, as he recorded 142 carries as a true freshman and 144 as a sophomore, averaging 5.0 yards per carry in 2018 and 5.9 yards per carry in 2019. He provides the Trojans with a bigger back, but he’s dynamic in the passing game and bring a bit of speed as well. Ingram was more limited during the 2020 season, eventually suffering a high ankle sprain and opting out of the final weeks of the season. He had only 53 carries and one touchdown in six games, as the Longhorns went with two younger backs, in true freshman Bijan Robinson and sophomore Roschon Johnson.

Injuries have taken a toll on the USC backfield each of the past two seasons, so while Ingram will be entering his fourth year and might not be a longterm solution, he provides another much-needed body at the position.

The Trojans have to get more out of the running game in 2021, as USC averaged just 97 yards per game on the ground last year and averaged just 3.2 yards per attempt. Attention is being paid there, as Clay McGuire was officially named USC’s new offensive line coach on Monday and now Ingram will be added to the running back room.

USC still might be in need of an answer at left tackle from the transfer portal, and former Tennessee inside linebacker Henry To’o To’o is on the radar as well.