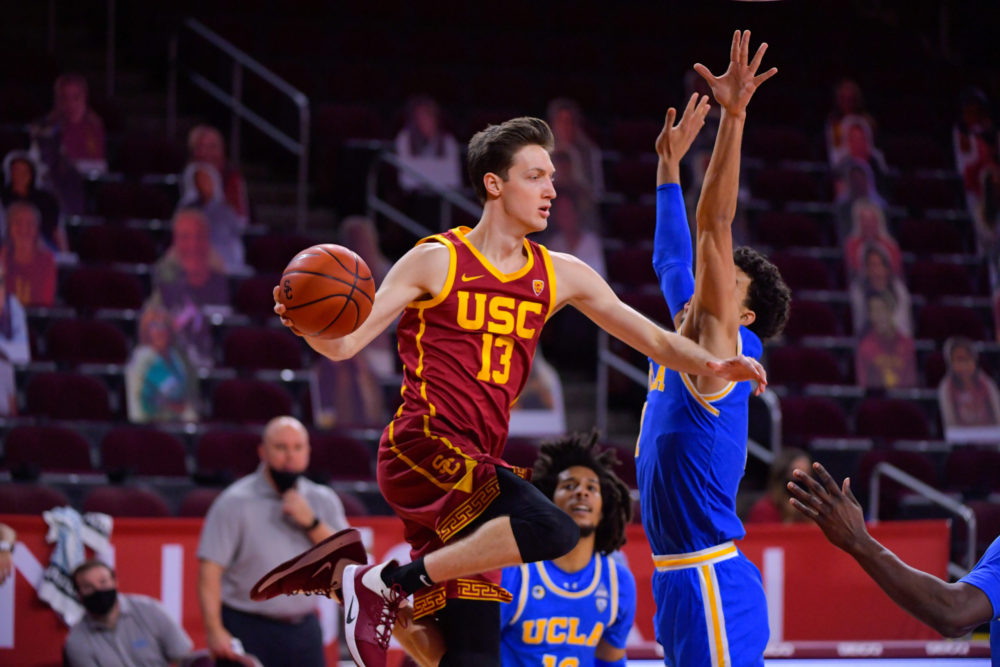 The USC men’s basketball program is ranked for the first time this season, as the Trojans landed at No. 20 in the AP Poll following wins against Stanford and UCLA last week. This is the first time since 2017 that USC has been ranked.

USC has won four-consecutive games, 10 out of its past 11 and now sits at 15-3 overall, 9-2 in the Pac-12 and in first place in the conference thanks to the tiebreaker over UCLA.

The Trojans next travel to the Washington schools and will then host the Arizona programs, as USC has eight scheduled games remaining on its regular season schedule.

This is a fairly historic AP Poll, as it marks the first time since 1961 that Duke, Kansas, Kentucky, North Carolina and UCLA. Also, none of the 13 winningest programs of all time are ranked. The top five in this week’s poll are Gonzaga, Baylor, Michigan, Ohio State and Villanova.

USC this season has been led by true freshman center Evan Mobley, who is averaging 16.3 points and 9 rebounds per game. Transfer guard Tahj Eaddy has been a very pleasant surprise, with 12.8 points per game.