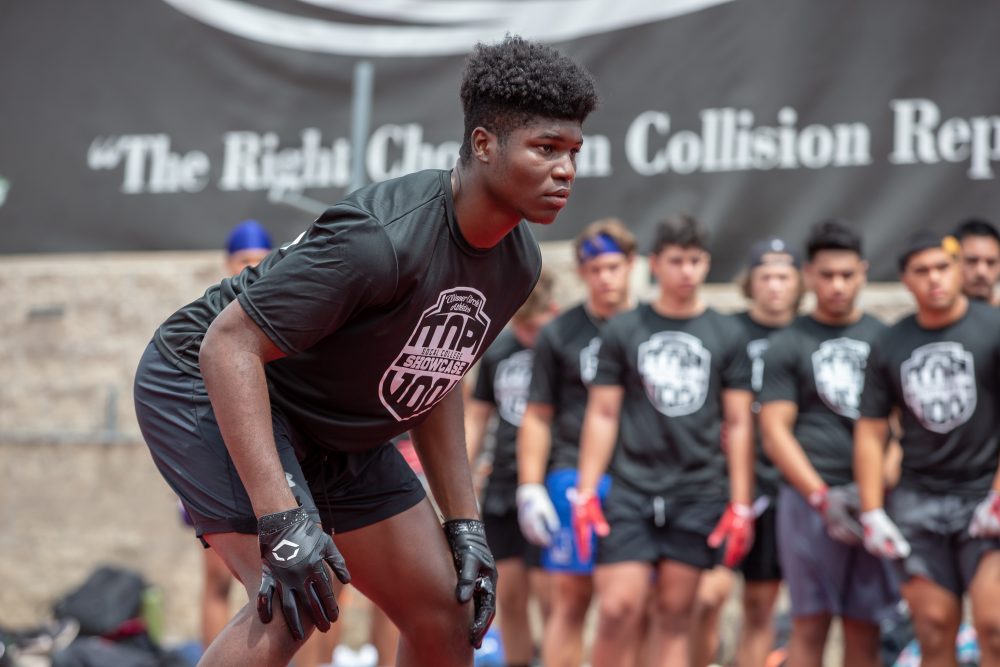 Mater Dei High School is home to a talented group of prospects every single year, and the 2022 Monarch prospect list is loaded with elite talent.

With the addition of USC quarterback commit Miller Moss, Mater Dei now has five of the top 166 prospects in the 2021 recruiting class. The top prospect at the school is LSU linebacker commit Raesjon Davis, who checks in as the No. 40 overall prospect.

The 2022 class might be even more impressive, as three of the top 31 prospects in the country attend Mater Dei. Cornerback Domani Jackson, running back Raleek Brown and wide receiver C.J. Williams are well-known national prospects, but they might soon get some company up there towards the top of that list. Junior linebacker David Bailey already checks in as the No. 145 overall prospect and should be in line for many more opportunities on the field over the next two seasons. The 6-foot-3, 220-pound outside linebacker finished his sophomore season with just 21 tackles, two sacks and a forced fumble, but his combination of size and athleticism has already caught the eyes of programs across the country.

Bailey’s first offer came early in his sophomore season, when LSU extended one. It’s not often that LSU is first in line for a prospect in California, but the Tigers have a commitment from Davis and are making an impression on some top players in the region.

“It was weird,” Bailey said of getting his first offer from a power program across the country like LSU. “But later on they started coming in and I started getting more comfortable with the process.”

Bailey saw a few more offers come in this past spring, as Mater Dei put together a few showcases with players going through drills and one-on-one situations. He said it was then that USC offered, back in February. With inside linebacker Niuafe Tuihalamaka (Mission Hills, Calif./Alemany) already committed, Bailey would help form a great duo there as a combination of inside and outside linebackers.

At this point, Alabama, LSU, Michigan, Oklahoma, Stanford, UCLA, USC and Washington have all offered, in addition to other programs. USC defensive coordinator and linebackers coach Todd Orlando has taken the lead with Bailey and has the Trojans doing well in this recruitment.

“Definitely USC is the top right now,” Bailey said. “I’ve been talking to them a lot.”

He added that Washington–led by defensive coordinator Pete Kwiatkowski–is up there with USC as well, and said that Stanford was a school he admired growing up, due to the combination of athletics and academics. Bailey said that so far, much of the conversation with coaches has been about things outside of football.

“I love talking with coach Orlando,” Bailey said. “It’s not always football. It’s about what a degree can get me later in life. I like talking to him a lot.”

On and off the field, it’s easy to see why these kinds of programs are chasing Bailey. He seems a natural fit for the hybrid outside linebacker/defensive end role in Orlando’s system, as he continues to fill out over the next two years, while holding onto that athleticism that makes him a top prospect.

“I’m tall, lanky and very fast,” Bailey said when asked what he feels stands out about his game. “I think I can get into coverage, but I think my best thing is probably pass rushing. I’m looking forward to blitzing off the edge and getting into the pass rush.

“Things I want to focus on this season are getting my sacks and getting into coverage,” he said. “I want to be a versatile player.”

Bailey was planning to visit USC a number of times during the summer, but the coronavirus pandemic halted those plans. As things progress, he’ll likely visit sometime during the season.