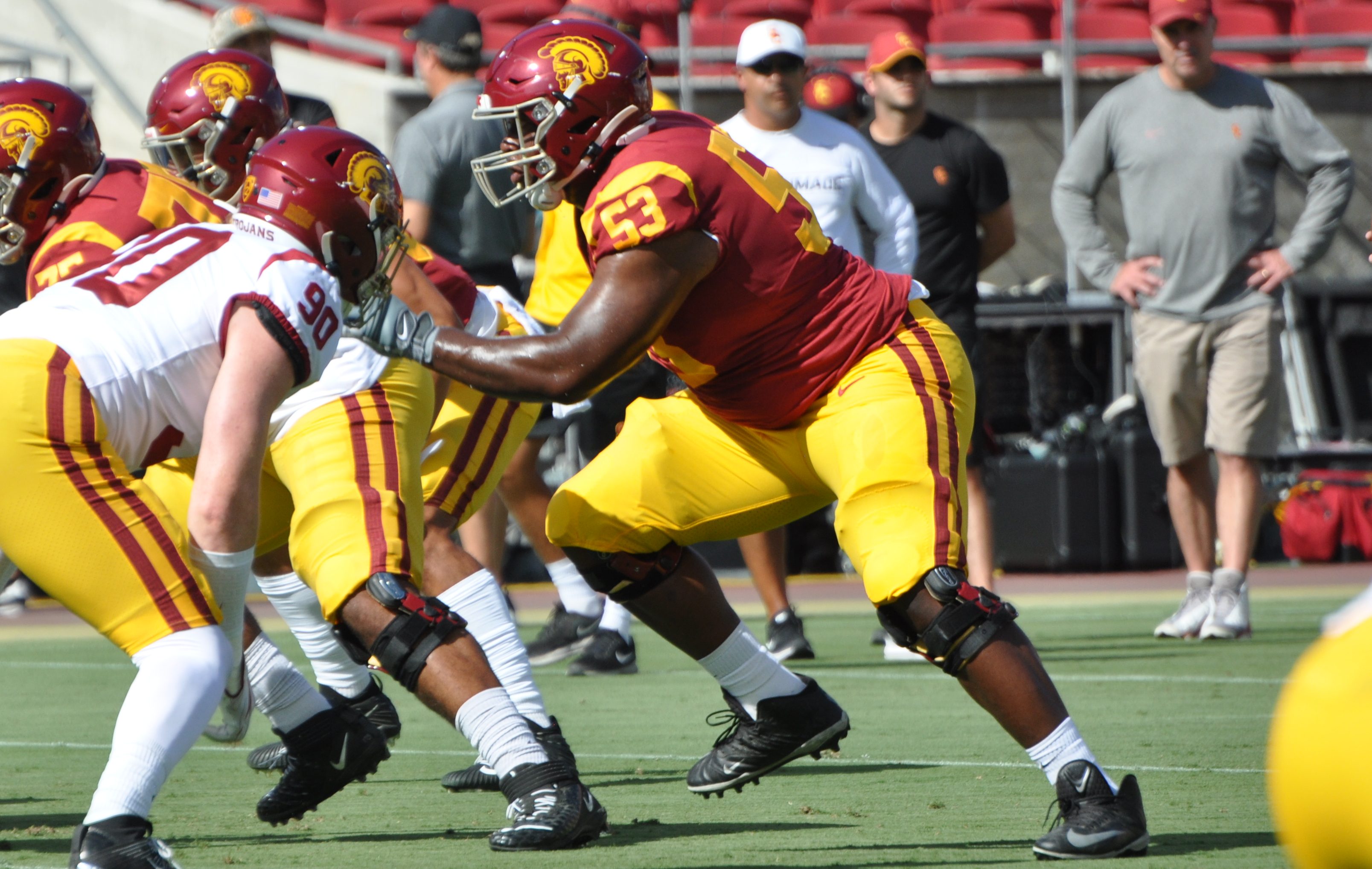 USC hasn’t gone after as many graduate transfers as other programs since the rule’s inception, but the Trojans are hoping to land their second in two years as the offensive line could again use a touch of veteran experience.

Hampton offensive lineman Keldrick “KJ” Wilson is the target this year, as the 6-foot-5, 300-pound Wilson has one year of eligibility remaining and is looking to make a jump from the FCS level.

After redshirting his first year at Hampton, the North Carolina native started twice and played in 10 games as a redshirt freshman for the Pirates. He then didn’t play during his redshirt sophomore season, but took over as the starter at right tackle last year.

Indiana, Pit, USC and West Virginia are the four finalists for Wilson, who said he will announce a final decision “very soon,” and who also received an offer from LSU during his transfer process.

It’s an interesting time for graduate transfers especially, as players like Wilson will need to make this decision without taking any kind of visit–official or unofficial–to their future campus. It would be a significant leap of faith for Wilson to commit to USC, as there still isn’t a known date as to when he could get to campus or even meet coaches and future teammates face to face.

USC found success on the graduate transfer front last season, as the Trojans had a glaring hole at right tackle following the departure of Chuma Edoga as a third-round pick of the New York Jets, and landed Drew Richmond from Tennessee. Richmond quickly grabbed the starting spot at right tackle and held onto it the entire year. Unfortunately, Richmond was not taken in the recent NFL Draft and has yet to sign as an undrafted free agent–either of which would have served as a nice recruiting bump in USC’s pursuit of another graduate transfer lineman.

Wilson has some position versatility, which would be a good thing as USC’s offense line is anything but set heading into the summer. The Trojans lost both starting offensive tackles, but the only thing that seemed clear was that this wouldn’t be a simple task of sliding the backup tackles up a spot on the depth chart.

Left guard Alijah Vera-Tucker was given the first shot to replace first-round draft pick Austin Jackson at left tackle, while backup center Justin Dedich moved to left guard. With right guard Jalen McKenzie unavailable for the first practice of spring, Liam Jimmons started at right guard with Jason Rodriguez at right tackle. It’s expected that offensive line coach Tim Drevno could take a look at multiple lineup ideas, and Wilson would seemingly fit in as a guy who could battle for one of those starting spots.

Should he choose USC, Wilson would be a seventh offensive line addition to the roster this fall, as the Trojans are set to welcome six high school offensive linemen signed in the 2020 recruiting class–though none are expected to push for a starting spot immediately.