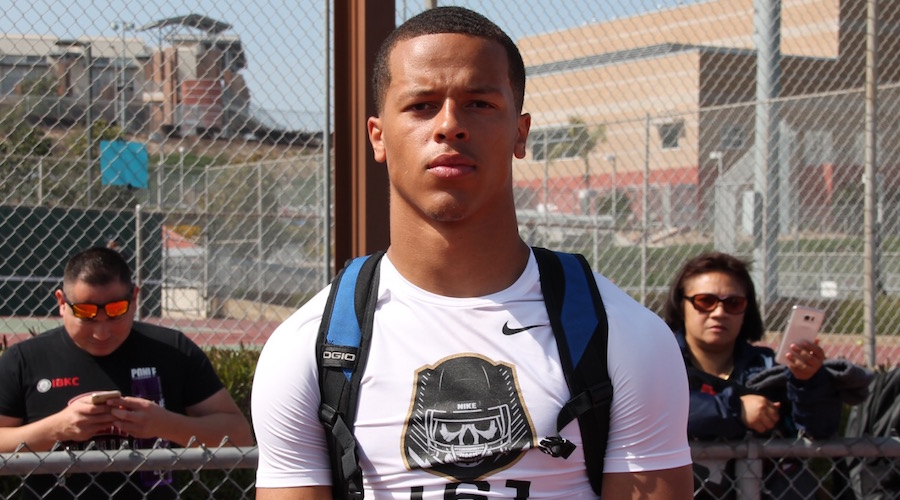 With a focus on Trojans commits and targets, here is a quick rundown of the three major upcoming high school all-star games.

Vera-Tucker, who recently helped guide Bishop O’Dowd to a state title, will serve as the lone USC commit in this game, but there are plenty of other prospects whom the coaching staff is still definitely heavily involved with. Jones, who is likely to visit at some point in January, is certainly included in that list. He’s also considering the likes of Florida, Florida State, UCLA and Texas A&M. D.J. Johnson, a Miami commit, took an official visit to USC in late November, and the Trojans are still in the hunt for his signature as well. Leatherwood, an Alabama commit, and Wilson are thought to be long shot targets, but both prospects are scheduled to visit on the weekend of Jan. 20, and each player has already taken an unofficial to USC in the past. Pola-Mao is another player expected to come in that same weekend, while Chaisson will visit on Jan. 27. The staff is also working hard to get Brown, Bryant, Falo and Ryan Johnson on campus at some point in January as well.

This game will provide Trojans fans with an opportunity to get a good look at a trio of USC commits in Carr, Echols and Neilon. It should be especially interesting to see how Carr performs as he puts his skills on display against some of the best defensive talent that the nation has to offer. Bolden will announce during this game. He’s down to USC and Ohio State, but the Trojans have gained a lot of momentum with the standout safety in recent weeks. Two more players set to decide in San Antonio are Holmes and Sarell, although it would be somewhat of a surprise if either pick the Trojans. That’s particularly the case with Sarell, who is thought to be leaning to Stanford and Washington ahead of Nebraska, Notre Dame and USC. Holmes, meanwhile, is down to Nebraska, Ohio State, UCLA and USC. There is definite reason to watch the action in the trenches in this contest, and it all begins with Jackson. USC is doing very well with the big offensive tackle, although ASU and UW are also still in the picture. At defensive tackle, Tufele released a top 5 on Monday that included USC along with BYU, Michigan, Ohio State and Utah. He will visit the Trojans on the weekend of Jan 20, while another defensive line target, Solomon, will come in the weekend prior. Jarrell, Johnson and Lenoir are also expected to visit in January. Can USC get Davis and Lewis on campus that month as well? It definitely isn’t out of the realm of possibility.

In addition to Neilon, two key Trojans linebacker commits are scheduled to play in this game in Falaniko, who will likely play on the outside, as well as Katoa, an early-entrant who projects to the inside. USC made a big impact on Pili during his November visit, but Oregon State is still very much in the mix, and the defensive tackle prospect will visit Washington and Ole Miss in late January before making a decision. Tagovailoa-Amosa visited USC on the same weekend as Pili, and he also had a positive experience. Georgia Tech, Oregon, Navy and Vanderbilt are others competing for his signature. USC is competing with ASU and UW for Pola-Mao.