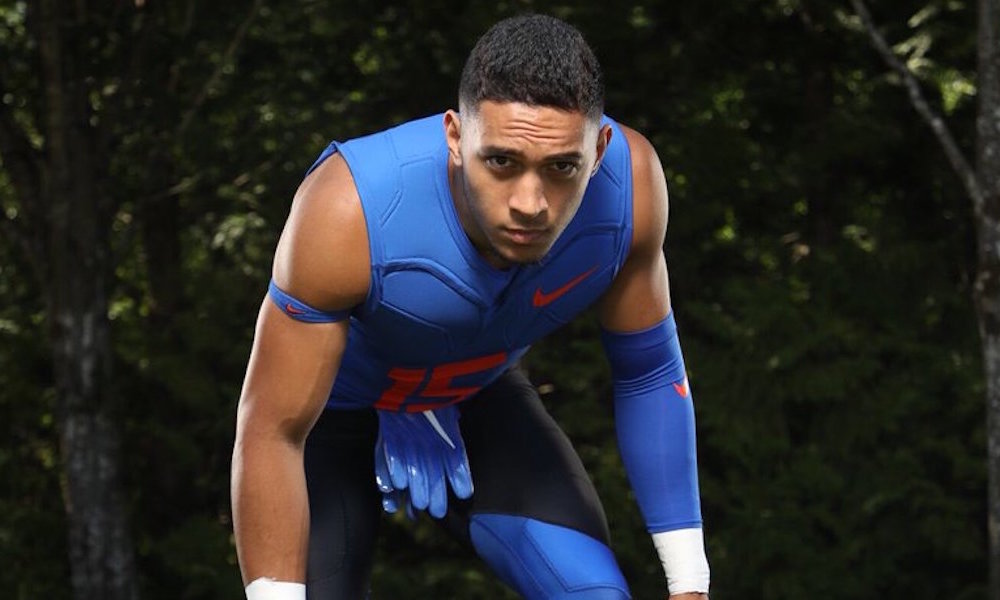 The Trojans got good news on Thursday night with a commitment video from the top-rated athlete in the country in Talanoa Hufanga from Crescent Valley in Corvallis.

Talanoa is expected to be an early enrollee at USC for the spring after taking part in the Army All-American game.

The Trojans announced nine signed players last week during the early signing period and there are five other commits who have not signed in Hufanga, JT Daniels, Trevor Trout, Tuli Letuligasenoa and Marcus Johnson.

The 6-1, 215-pound Hufanga, who withheld from publicly announcing his signing until today, will enroll at USC for the upcoming spring semester as a freshman.

He joins 8 high school players and a junior college player who USC previously announced as signees for the 2018 class.

Hufanga will enter USC next month with 5 of the previously-announced signees, including 4 who will graduate a semester early from high school. Those 4 incoming freshmen are offensive lineman Justin Dedich of Chaparral High in Temecula (Calif.), linebacker Kana’i Mauga of Waianae (Hi.) High, linebacker Raymond Scott of Narbonne High in Harbor City (Calif.) and defensive back Chase Williams of Roosevelt High in Eastvale (Calif.). Then there is defensive lineman Caleb Tremblay of American River Community College in Sacramento (Calif.), who will enroll in the spring as a junior.

The 4 other previously-announced USC signees will join them in the fall as freshmen. They are offensive lineman Liam Douglass of Harvard Westlake High in Studio City (Calif.), linebacker Palaie Gaoteote IV of Bishop Gorman High in Las Vegas (Nev.), linebacker Abdul-Malik McClain of JSerra Catholic High in San Juan Capistrano (Calif.) and running back Markese Stepp of Cathedral High in Indianapolis (Ind.).