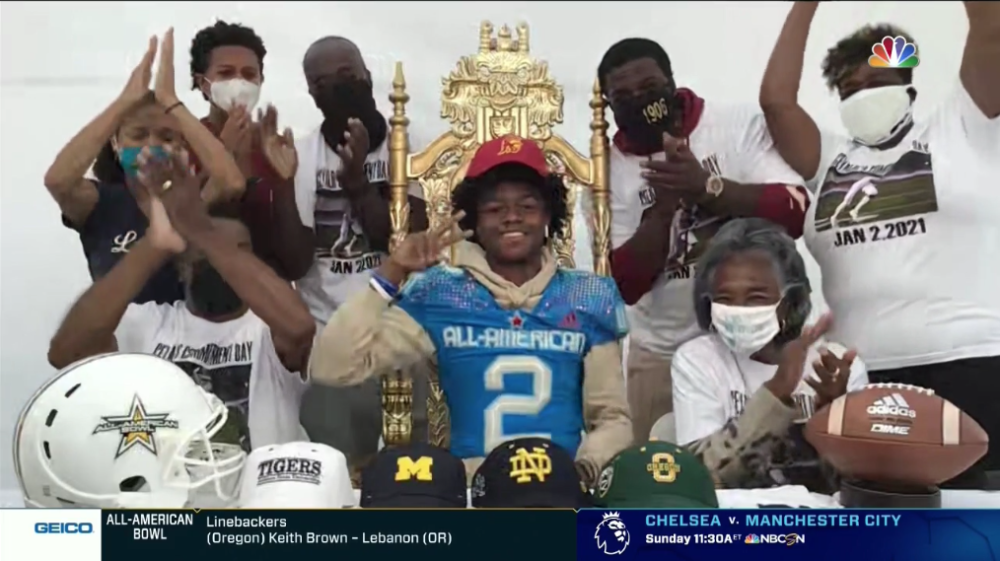 In its quest to put the finishing touches on a very strong 2021 recruiting class, the USC Trojans landed a big time commitment from cornerback Ceyair Wright on Saturday.

The four-star recruit is the nation’s No. 77 overall prospect and No. 6 cornerback nationally. Wright always seemed like he could land at USC, but he took the process seriously and gave a long look to a number of other programs, including Arizona State, Michigan, Nebraska, Notre Dame and Oregon.

Wright possesses a terrific blend of size and speed, checking in at 6-foot-1 and 175 pounds with sub-11 100-yard speed. He’s also a potential addition to a number of special teams units.

USC and Wright appear to check all the boxes for each other. He is serious about both acting and business school and USC can provide paths for both avenues. Wright has a part in the upcoming Space Jam: A New Legacy, playing the son of LeBron James.

This is a big get for the Trojans, as Wright is the top defensive back in the state and helps USC close this class strong both in terms of adding on-field talent, as well as keeping elite Southern California prospects from getting out to other programs around the country or in the Pac-12.

He also has the athletic ability to potentially play early, and the Trojans might have a need for someone to step into the two-deep at cornerback. USC didn’t sign a single defensive back in the 2020 recruiting class and now lost starting corner Olaijah Griffin early to the 2021 NFL Draft.

USC brings back Chris Steele at cornerback and Williams will have some options on the other side of him. Isaac Taylor-Stuart would seem to be the natural choice, as the redshirt sophomore saw some increased time this past season. The Trojans could also look at moving Greg Johnson or Max Williams outside from their nickel/safety spot, or one of the younger cornerbacks in Dorian Hewett, Jayden Williams or Adonis Otey could step into the role.

Wright’s commitment moves the USC recruiting class up to No. 12 in the nation. It came into the day at No. 14 overall.