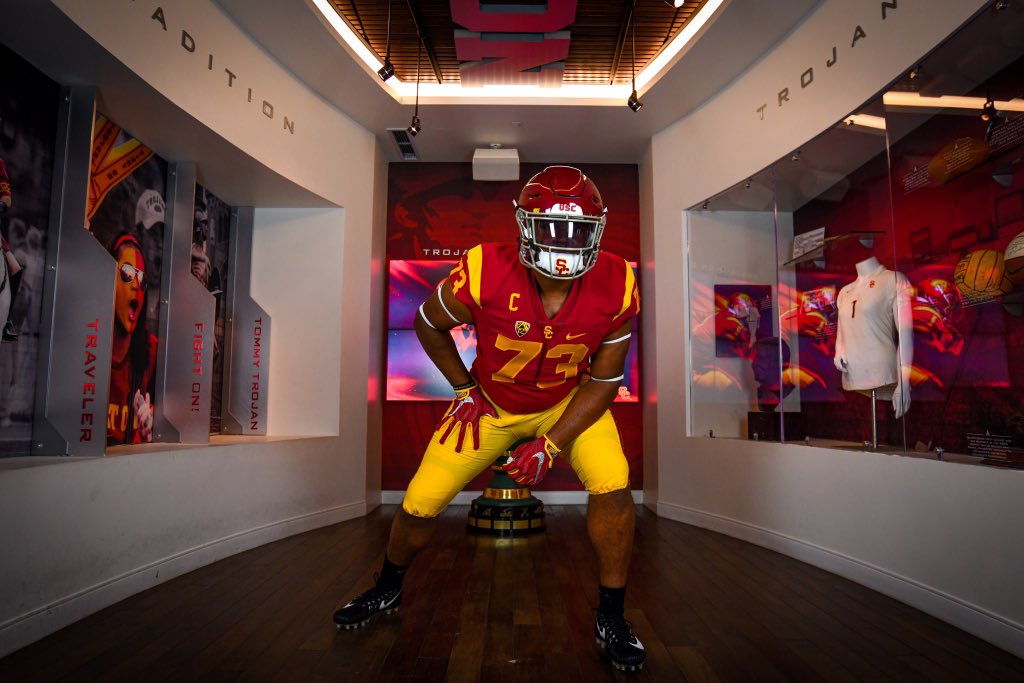 USC’s midweek elite camp continues to pay off, as the Trojans grabbed their third commitment in the days following the event.

Wright was one of several west coast offensive linemen recently offered by USC, and, like Juergens, is another prospect whose recruiting profile has risen sharply this offseason. In addition to the recent offer from USC, Wright also collected offers from Arizona, Arizona State, and Nebraska.

Wright is physical, and athletic for his size, giving the Trojans a nice starting point as they look to bring in a solid group of offensive linemen in this class.

Last month, when asked what the USC coaches told him upon offering, Wright said the USC coaches “like that I am an athletic lineman and my frame. And they see me fitting well into their scheme of things.”

And with regard to picking up the offer, Wright said, “My thoughts on USC are unimaginable because it is one of my dream schools and the fact that I have the ability to play there is astounding.”