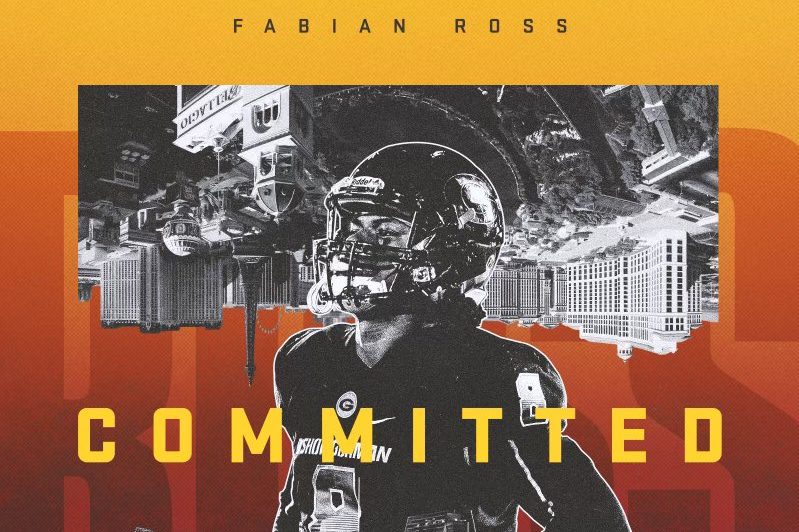 After landing two monster commitments in the 2021 class this past Saturday, the USC Trojans kept that recruiting momentum going into the week, as standout 2022 cornerback Fabian Ross announced his commitment to USC on Monday afternoon.

The four-star cornerback is the nations No. 176 overall prospect and has been a top target for this USC staff since the Trojans offered this past April.

Ross is a 6-foot, 185-pound athlete who checks all the boxes coaches are looking for in a cornerback. He’s fluid and mobile enough to play the field side, as well as physical and sturdy enough to play boundary corner.

What adds to his importance as a recruit is that Ross attends Las Vegas Bishop Gorman High School, and is part of a loaded group of prospects there in this 2022 recruiting class. USC has also offered defensive end Cyrus Moss, safety Zion Branch and offensive tackle Jake Taylor. All are four-star prospects and both Moss and Branch are top-60 overall recruits.

Cornerbacks coach Donte Williams continues to put his stamp on his position through recruiting. USC now holds cornerback commitments or signings from four-stars Ceyair Wright, Prophet Brown and Jaylin Smith in the 2021 class, as well as Ross in the 2022 class.

He’s also the first part of a potentially-elite cornerback combination in the 2022 class, as five-star and No. 3 overall prospect Domani Jackson (Santa Ana, Calif./Mater Dei) checks in as the must-get defensive prospect in the 2022 class, similar to No. 1 overall player Korey Foreman (Corona, Calif./Centennial) in the 2021 class.

Jackson was pleased with the commitment.