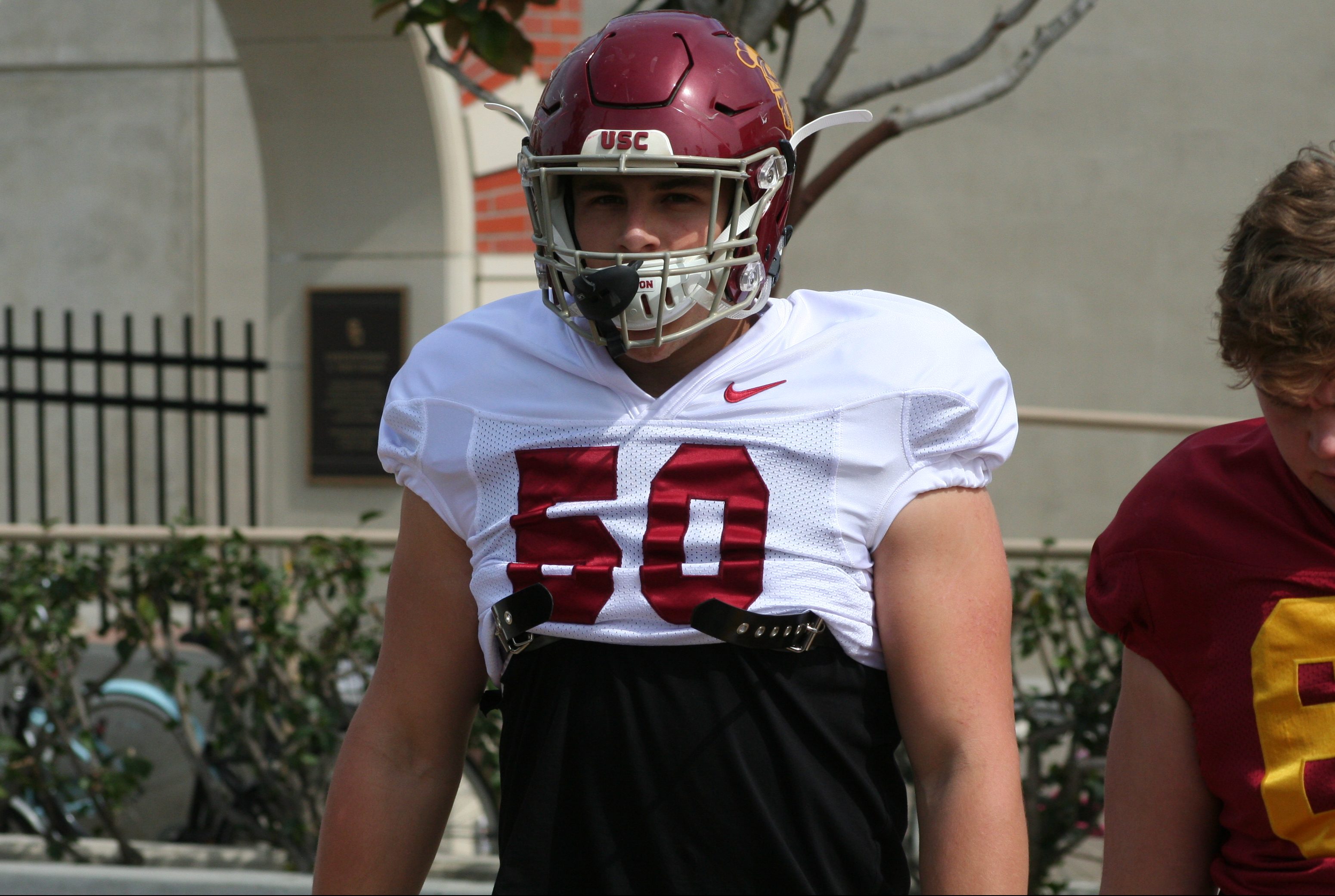 The USC Trojans are able to work out indoors again, following rapid movement this week that lifted state and local guidelines limiting what student-athletes could do in regard to athletic activities.

Since their return to campus in mid-June, USC student-athletes have been prohibited from working out inside. The football program moved weights to the practice field to accommodate lifting, while the basketball team took hoops outside and had lines taped on the tennis courts in order to practice.

But football players were back inside the McKay Center on Friday, as defensive lineman Nick Figueroa posted this video.

Senior linebacker Jordan Iosefa’s reaction likely spoke for the rest of the team.

On Wednesday morning earlier this week, USC student-athletes were prohibited from working out inside or doing anything in groups of more than 12. By Wednesday night, Pac-12 Commissioner Larry Scott proclaimed there would be “no state restrictions on our ability to play sports.”

USC still needed local clearance of L.A. County limitations, and several reports have indicated that local health officials and leaders would not impose any additional restrictions.

Today now represents another big day in the Pac-12’s potential return to play this fall. The conference’s CEO Group, made up of the 12 presidents and chancellors, will meet today to discuss the fall season.

Scott said early Friday that he does not expect a final vote from the group on a potential restart, but added that they have to decide by next week if they are moving forward with a fall season.

It appears as though it is extremely unlikely the Pac-12 can match the Big Ten’s recently-announced starting date of Oct. 23, and will instead target Oct. 31 depending on an aggressive plan, and Nov. 7 or 14 with a more moderate one.

If the conference needs a training camp and build up to the season’s first game that covers a full six weeks–a number that has been mentioned numerous times by Scott and conference coaches–an Oct. 31 start date would necessitate beginning that this coming Monday. There is also the possibility the conference could elect to delay full practices until after the testing machines arrive on campus–scheduled to arrive at the end of the month. That could land the Pac-12 with a Nov. 14 start date.

Beginning on Oct. 31 would allow the conference to schedule eight games–a seven-game regular season plus a conference championship game on Dec. 18 or 19–one day before the final College Football Playoff committee meeting, where the four playoff teams would be selected. So far, there has been no public discussion about keeping the date of that meeting fluid, in order to accommodate schedules that either aren’t set yet or could change based on postponements throughout the year.

A Nov. 7 start would allow for a six-game regular season–potentially drastically unbalancing the schedule, thought that doesn’t appear to be a significant worry–while beginning on Nov. 14 would still allow each team to play every opponent in its devision with a five-game regular season. Making the decision to start at that time, the conference would certainly need assurances that a five-game regular season plus championship game would be enough to have its champion seriously considered for the College Football Playoff field despite playing at least two and as many as six fewer games than other conference champions.