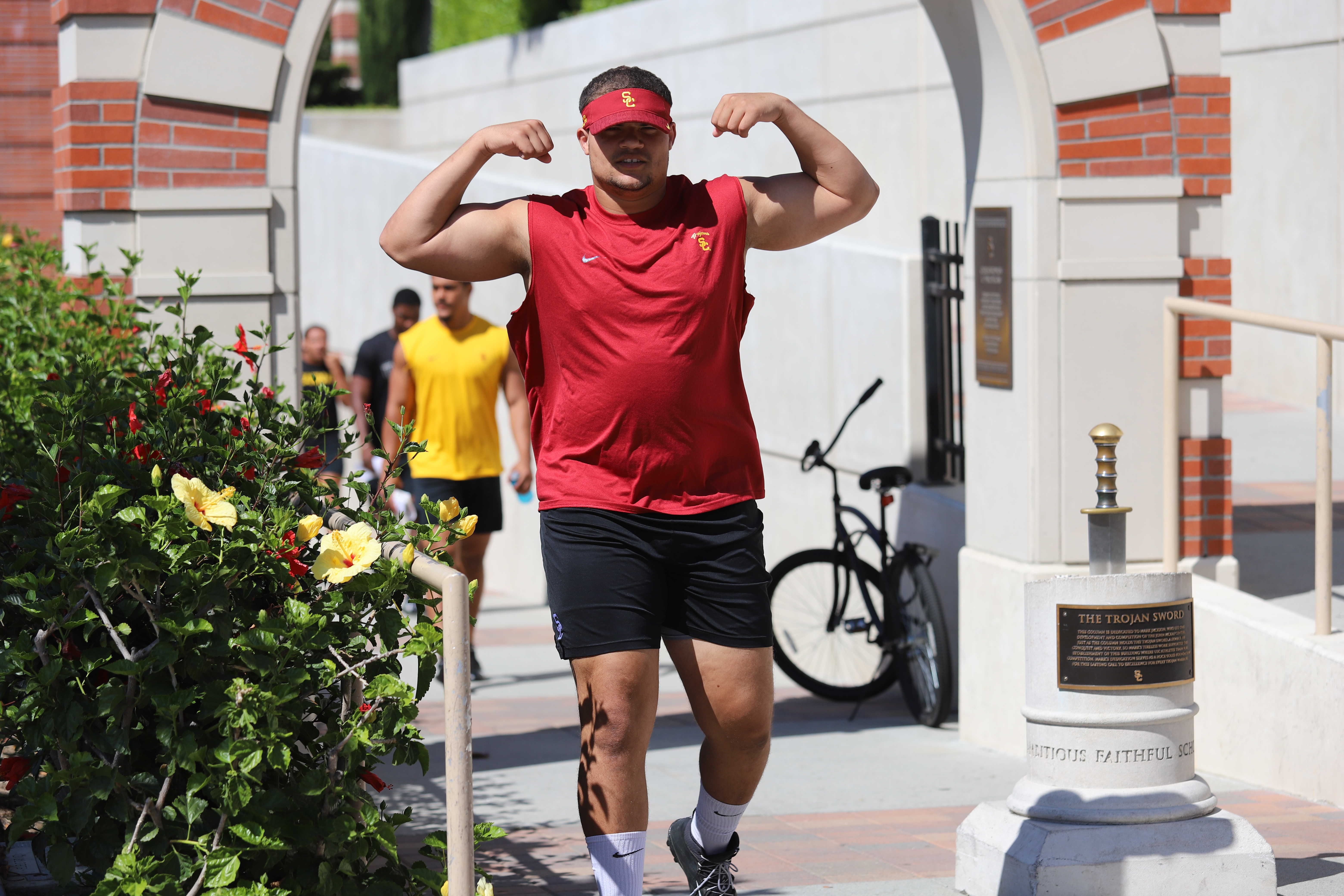 This recommendation will be voted on by the board on Friday and it is expected to be accepted.

This would mean all USC football players–regardless if a spring season is played or not–would gain an extra year of eligibility. This would clearly cause some issues with scholarship limits. Programs are limited to 85 scholarship players, but if an entire class of seniors elects to remain on the roster, it would mean that potentially that program wouldn’t be able to bring in any newcomers. To that end, the Council also recommended, “The financial aid of fall sport senior student-athletes who take advantage of the additional year of eligibility and extended clock should not count against team limits in 2021-22.”

That means any current senior or redshirt senior who chooses to return for the 2021 season would not count against the 85 player limit. It’s also something that would need to be addressed for the following seasons as well, as potentially every senior class between the 2016 and 2020 recruiting classes would be automatically granted a sixth season and it would be virtually impossible for teams to get below the scholarship limit of 85 during that time while bringing in a realistic number of newcomers each year.

For USC–and every other program–this will result in some roster juggling due to early departures, early enrollees and potential transfers. Already, defensive tackle Jay Tufele announced that he won’t look to play in any kind of spring season in 2021, instead taking the fall and spring to prepare for the 2021 NFL Draft. Offensive lineman Alijah Vera-Tucker, wide receivers Amon-Ra St. Brown and Tyler Vaughns, and safety Talanoa Hufanga are other Trojans to watch when it comes to that same potential decision.

Ultimately, this decision affects 16 USC senior or redshirt senior football players, and it could have a very positive effect on the 2021 season for USC.

Matt Fink was supposed to play his final season at USC this fall, but he would now be able to return next season and provide some much-needed quarterback depth behind Kedon Slovis. Having a veteran backup like Fink around so that, in case of an emergency, the USC coaches don’t need to throw incoming freshmen Miller Moss (Santa Ana, Calif./Mater Dei) or Jake Garcia (Valdosta, Ga./Valdosta) onto the field possibly before they’re ready would be a huge benefit.

It’s difficult to imagine Tyler Vaughns sticking around for another year if indeed USC does play this spring and he has the kind of season that would be expected from a veteran leader with his career so far. But without a spring season, the idea of setting the USC career receptions record next fall could be enough to bring him back.

Jimmons is heading into his redshirt senior season and needed a big year on the offensive line if he was going to make a jump into the NFL at that position. A converted defensive lineman, Jimmons showed flashes last season but needed a bit more seasoning over on the offensive side to really establish himself as a professional prospect. Now, Jimmons could take advantage of another offseason and another full season in order to complete that switch to offensive line and turn himself into a viable offensive guard option in the following year’s draft.

Similarly, Pili and Trembley have shown enough that they could have snuck into the draft with solid seasons in 2020. Now, both could have opportunities to put together a huge 2021 season as leaders along the defensive line with Tufele gone. A junior college transfer, Tremblay missed most of his first season at USC due to injury, but was one of the conference’s most efficient defensive linemen last season when he was on the field. He has all the physical traits to succeed at the next level, and now has the opportunity to put even more film together at this level.

Pili showed flashes as a true freshman, but was passed by Tufele and Marlon Tuipulotu in the pecking order. The loss of Tufele benefits Pili more than anybody else, as his path to playing time could be clear if he can show the ability to step in at that position.

Murphy has contributed some during his career, though it still feels like he could take his game to another level. This would be interesting to see how he clicks with new defensive line coach Vic So’oto and in defensive coordinator Todd Orlando’s scheme. If he feels like it’s working this fall and spring, another season at USC might be the right call for him.

Running back and tight end are two interesting spots as well, as both have several seniors who would have a decision on whether or not to return. Both Stephen Carr and Vavae Malepeai have suffered their share of injuries while at USC, and that running back shelf life is always a concern with that position. Still, neither had the kind of season they wanted to have last year. They’ve both been able to show a lot of what they can do while at USC, but have they put everything on film that they want NFL scouts to see? Getting an extra year from one or both would help the running back room immensely, as the Trojans would be left next year with Markese Stepp, Kenan Christon and whatever true freshmen join the 2021 class–four-star back Brandon Campbell (Katy, Tex./Katy) is already committed

Similarly at tight end, the Trojans have two seniors who have flashed a bit but neither has likely produced enough to this point to be seen as viable NFL prospects. Josh Falo and Erik Krommenhoek were not heard from much last season, but will have an opportunity to make an impression if they stick around for another season. However, that would be an interesting decision to make, as they would both likely be able to earn their degrees and could find more opportunity to get involved with the offense elsewhere.

USC could also get a special teams boost, as long snapper Damon Johnson would be eligible to stick around for another year. Very few snappers in the country have been more automatic than Johnson, and while USC will add walk-on transfer Nathan Weneta, who comes over from Purdue, the ability to leave Johnson in there would likely help new special teams coach Sean Snyder rest a little easier.

The flip side of this is that USC could potentially see a mass exodus following the 2021 season. Simply because the juniors and sophomores will be granted another year doesn’t mean they will take advantage of it. Olaijah Griffin and Markese Stepp would both be four years out of high school and potentially ready for the draft, regardless of the fact that they’d have another season of eligibility. The same could go for true sophomores now, like Slovis, Chris Steele, Drake Jackson and Drake London, who would all be three years removed from high school and eligible for the draft, despite playing either just two full seasons or two seasons and the upcoming spring season.