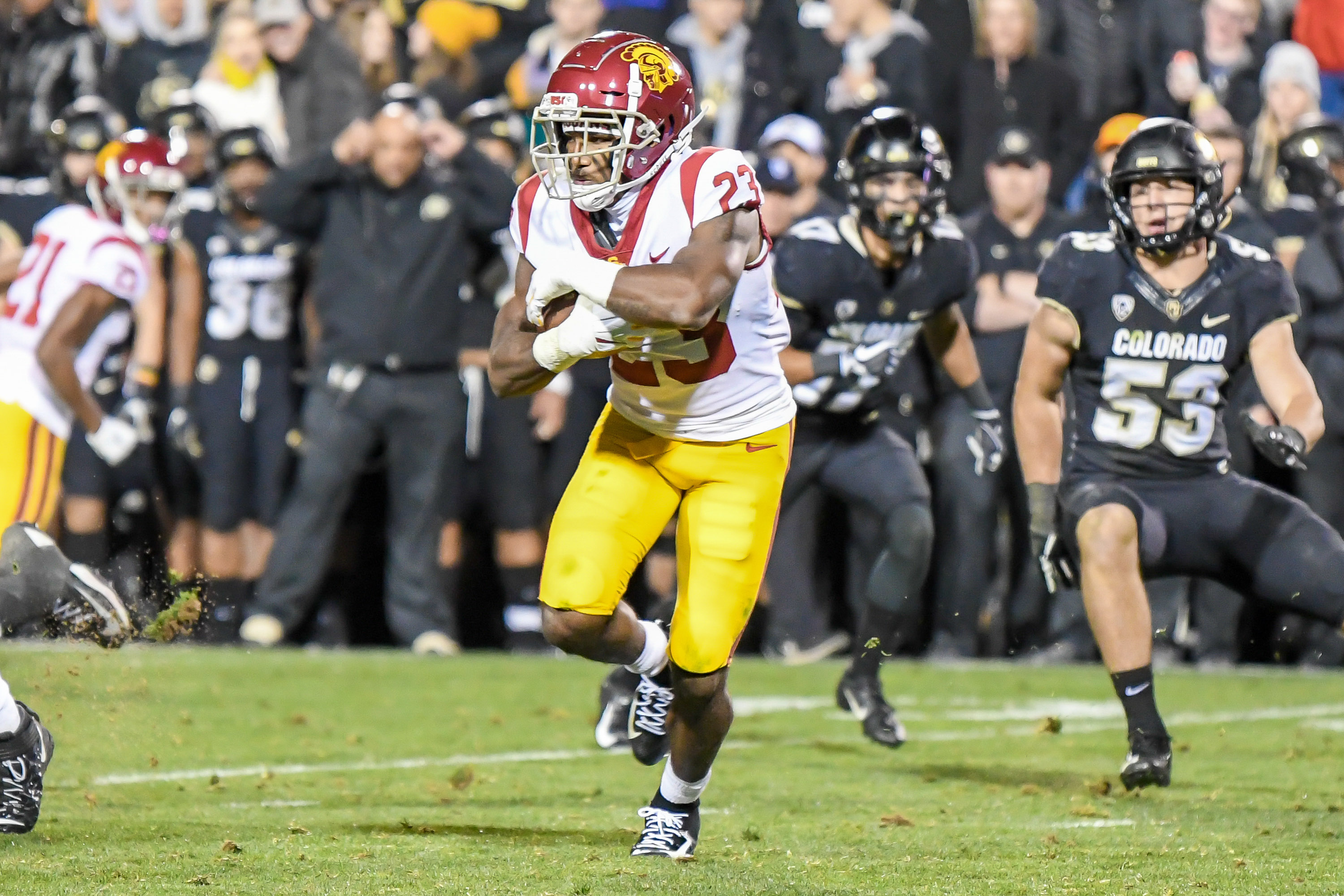 Saturday’s football game between USC and Colorado has been canceled, as positive Covid-19 tests and subsequent contact tracing has left the Trojans unable to play due to falling below the minimum number of scholarship players available at a specific position group.

USC head coach Clay Helton addressed the decision with a statement released by the school:

“We are disappointed for our players and fans and those from Colorado that Saturday’s game will not be played, but the health and safety of everyone in both programs is of the utmost priority.  Our players have worked hard since the summer not only to prepare for this season, but to do so in a safe manner by following all health protocols.  I applaud their discipline and sacrifice in doing so.  We will continue to test and monitor our players, coaches and staff and take guidance from health officials as we prepare for our remaining games.”

The Pac-12 Conference announced the cancellation in a statement:

“After consultation with USC, the Pac-12 Conference announced the game involving Colorado at USC scheduled for Saturday, November 28 will not be played. This decision was made under the Pac-12’s football policy due to USC not having the minimum number of scholarship players available for the game at a specific position group as a result of a number of positive football student-athlete COVID-19 cases and resulting isolation of additional football student-athletes under contact tracing protocols.”

The game will not be made up. Colorado will look to pivot to playing against San Diego State this weekend, as the Buffaloes had their game last week against Arizona State canceled as well.

The Pac-12’s minimum threshold for games to take place is 53 total scholarship players, including at least seven offensive linemen, four defensive linemen and a quarterback.

USC had a player test positive on Monday, which forced the Trojans to cancel Tuesday’s practice. Another player tested positive and five additional players were put in quarantine after contact tracing. On Thursday, it was announced that another player was being tested after showing Covid-19 symptoms. This announcements followed that.

Now, USC’s game next Friday against Washington State is immediately put in doubt. Washington State didn’t play last week and won’t play this weekend due to positive Covid-19 tests and contact tracing. The Cougars have their sights set on playing the Trojans, but now USC will need to sort through who might be available and if the testing and tracing results this week will force them to miss two games rather than just the one.