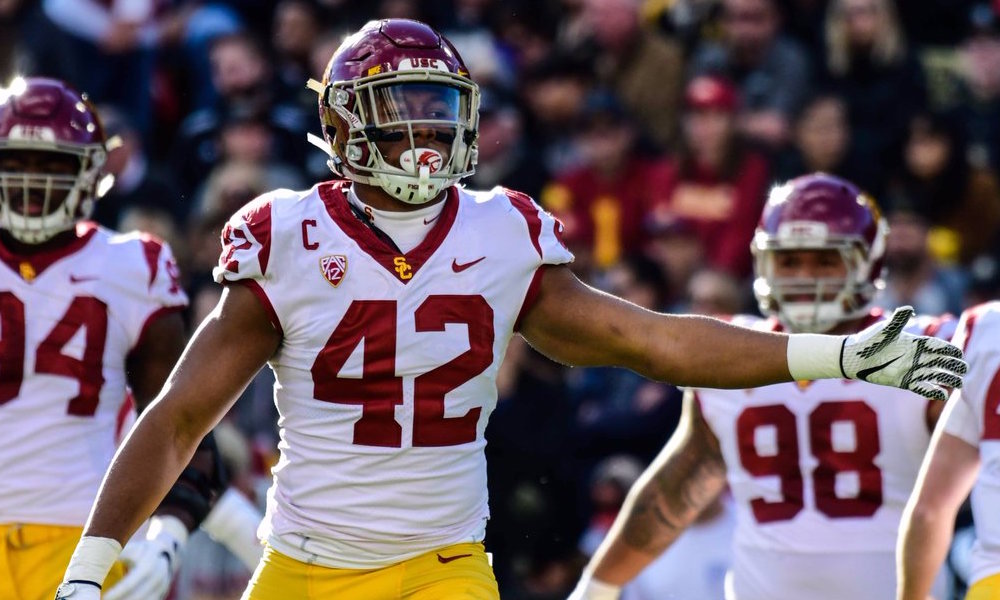 In a game that mirrored the vast majority of its season so far, No. 11 USC’s (9-2, 7-1 Pac-12) performance on Saturday certainly wasn’t without its flaws, but once again, it was more than enough to take down the opponent across the field – this time the Colorado Buffaloes (5-6, 2-6) by a final score of 38-24 in Boulder.

Having overcome a slow start offensively, the Trojans eventually got rolling and took a commanding 27-0 lead early in the third quarter before they allowed the Buffaloes to creep back to within 13. Thanks to an outstanding effort by Sam Darnold, Ronald Jones II and a clutch USC defense, however, that’s as close as Colorado ever got.

With the victory USC has nailed down a spot in the Pac-12 championship game as the winner of the South division.

Following a first quarter that featured Aca’Cedric Ware getting stuffed on a fourth-and-short and a badly missed 53-yard field goal attempt by Chase McGrath, Darnold and the USC offense caught fire in the second quarter.

The redshirt-sophomore passer engineered a beautiful eight-play, 60-yard drive that he capped off with a 10-yard touchdown pass to Michael Pittman Jr. in the corner of the end zone to put the Trojans in front 7-0.

Darnold and Co. would add to that lead on their very next possession when he connected with Deontay Burnett over the middle for an 18-yard touchdown.

The USC defense got in the act next when Ajene Harris picked off a Steven Montez pass and returned it 34 yards for a touchdown. McGrath, who has been battling a groin injury as of late, missed the PAT attempt, but USC still had a 20-0 lead at halftime.

The Trojans carried that momentum into the second half as Darnold directed the Trojans down the field in quick fashion before running for a 24-yard touchdown that put USC in front 27-0.

It was at that point that Colorado briefly turned the tide. First, Montez found a wide-open Juwann Free down the middle of the field for a 79-yard touchdown. Then, following a Blocked punt by Nate Landman and return by Kyle Trego that gave the Buffs the ball on the USC one-yard-line, Colorado tailback Phillip Lindsay darted into the end zone, and all of a sudden it was a 27-14 game.

The two teams would trade field goals, and then USC would seize control again when Jones II broke off a 22-yard cutback touchdown run. Darnold would hook up with Erik Krommenhoek on the two-point conversion attempt, giving USC a 38-17 lead.

Colorado would add one more touchdown on a 57-yard pass from Montez to Winfree, but that would be the last time either team reached the end zone.

Darnold finished the day 21-of-34 passing for 329 yards and two touchdowns with no turnovers.

Jones II rushed for 142 yards on 25 carries, moving ahead of Mike Garrett into sixth place on USC’s all-time rushing list.

For the second consecutive contest John Houston jr. led USC in tackles with 11, and Harris added a second interception late.

USC came up with two key blocked field goals in the game, with Brandon Pili and Austin Jackson doing the honors.

Penalties, once again, were a sore spot for the Trojans, as they were flagged nine time for 79 yards.

For Colorado, Montez completed 27 of 49 passes for 376 yards and two touchdowns with two interceptions. The Trojans defense limited Lindsay to 68 yards on 20 carries.

Up next for the Trojans is their crosstown rivalry matchup with UCLA at home on Saturday.