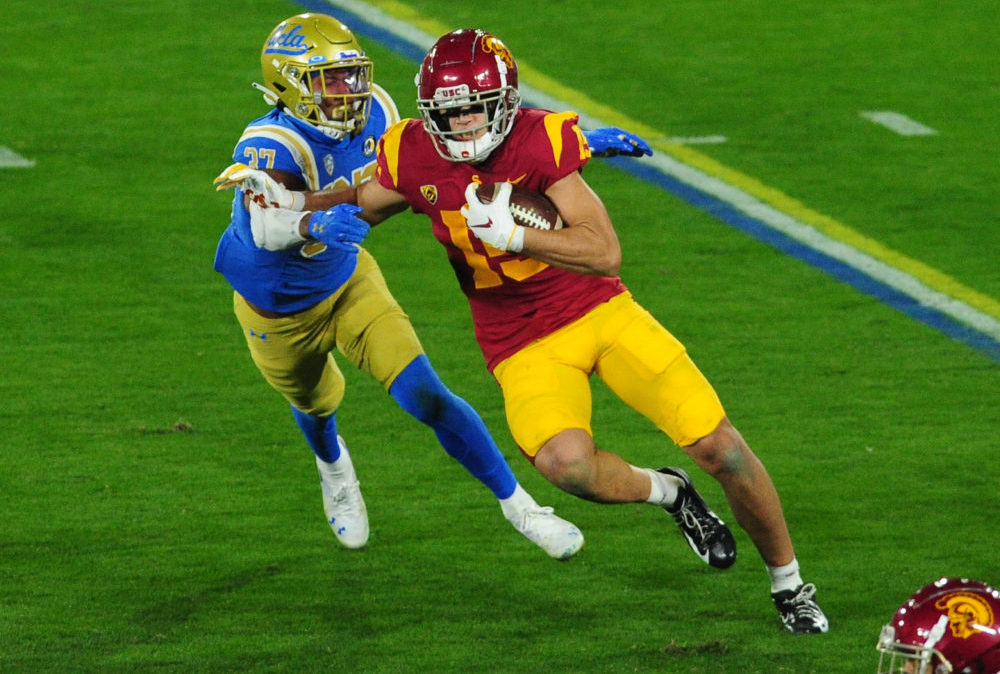 The Crosstown Cup belongs to USC for the 12th time in 19 seasons. Thanks to USC’s track and field dual meet sweep over UCLA, the Trojans have clinched this year’s edition of the all-sport competition between the rival schools.

USC’s lead in the competition stands at 105 – 75 and no matter the results in any upcoming meetings, the Trojans can’t be caught.

Each of the 18 sports both schools compete in are worth 10 points, with the winner of the most head-to-head meetings earning all 10 points. If the meetings result in a split with the two schools winning the same number, the points are split.

“Congratulations to our dedicated USC student-athletes and coaches for retaining the Crosstown Cup,” USC athletic director Mike Bohn said in a statement released by the school.  “This is the result of outstanding efforts and incredible performances and we salute our Trojans for their Fight On spirit.  The USC-UCLA rivalry is unique in collegiate athletics, with two impressive universities of such noted academic and athletic excellence in the same city that compete at the highest level.  The Crosstown Cup means a great deal to both institutions and our fans, so we are especially proud of our Trojan teams that endured so much through the COVID-19 challenge to be crowned again as the Crosstown Cup champion.”

The Crosstown Cup was not awarded last season when the sports calendar was stopped prematurely due to the Covid-19 pandemic.

Here is a look at each year’s winner since the competition began for the 2001-02 season.