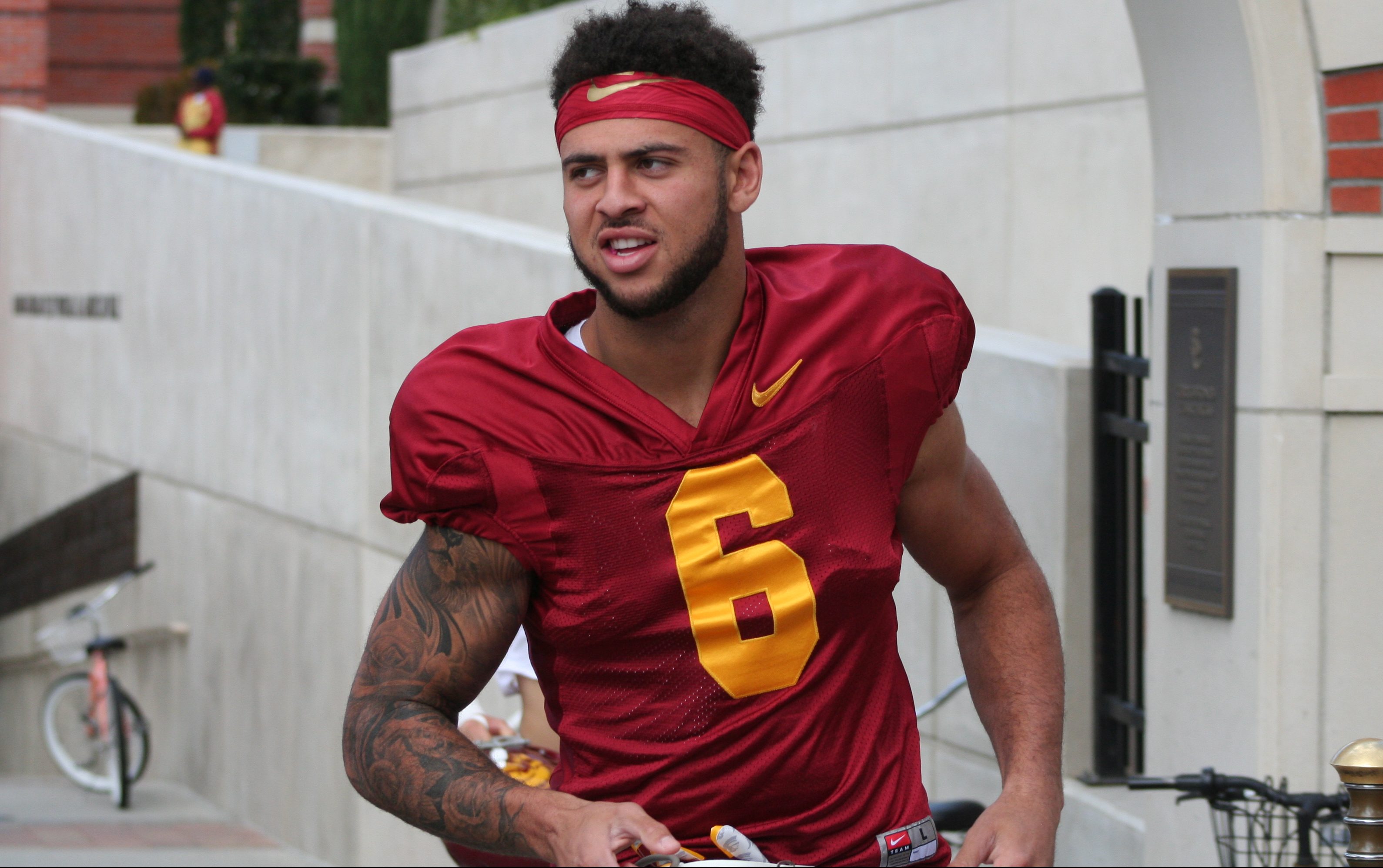 USC revealed the four team captains for the 2019 season today, two days before the Trojans kick off the season by hosting Fresno State at the Los Angeles Memorial Coliseum.

Pittman and Rector were no-brainers, as both represented USC at Pac-12 media day. Houston and Iosefa are solid choices as well.

Houston has become a much more vocal leader this season, as the coaches moved him from weakside to middle linebacker in order to have a redshirt senior getting the defense set up and making calls. Houston responded with very good spring ball and fall camp sessions, often at the center of defensive and team huddles. He said he concentrated on taking more of a leadership role this offense, as that part of the linebacker room and defense overall took a hit with the graduations of Porter Gustin and Cameron Smith.

Iosefa might come as a bit of a surprise because the senior linebacker has been out for some time after suffering a dislocated kneecap early in fall camp. Head coach Clay Helton said Iosefa would miss four to six weeks for recovery, which would put him out for the first few games of the season. But like Houston, Iosefa is a veteran who was moved to middle linebacker this season in order to better organize the defense. It will be interesting to see how the rotation at middle linebacker works once Iosefa returns to the field.

For the third year in a row, USC elected three defensive team captains. This is the second year in a row that four seniors were chosen. It will also be another year where USC’s starting quarterback is not a captain, though giving that honor to a sophomore, no matter his position on the team, would have been noteworthy. Still, Matt Barkley was a USC captain as a sophomore and returning starting quarterback in 2010. Since 2002, this is the fifth year (2003, 2009, 2013, 2018, 2019) that a USC captain will not be a quarterback

The four captains will lead the Trojans into the 2019 season, which begins with a home game against Fresno State on Saturday at 7:30 pm.