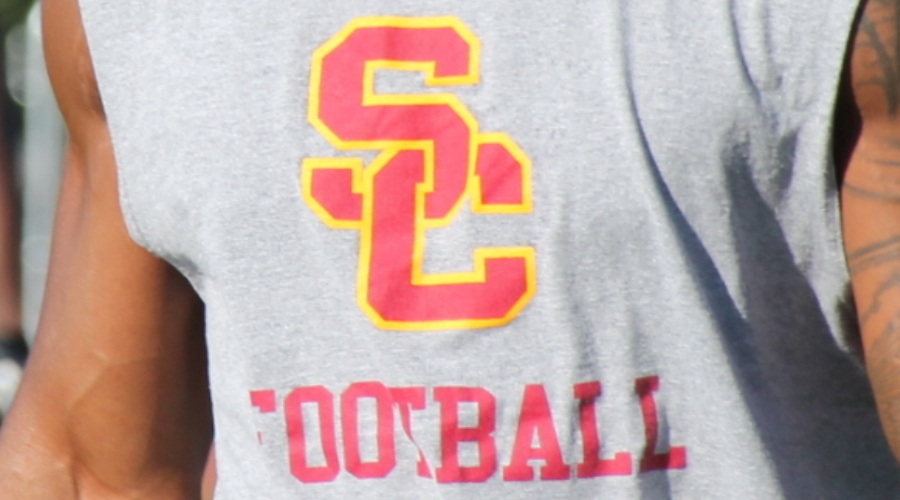 LOS ANGELES – From the standpoint of the NCAA, it can be assumed that one of the by-products of the dissolving sanctions was to dismantle the Trojans football program to the point that its own relevance would be in the Southern California area and mostly yesterday’s news in places like the Midwest.

Recently I took a vacation back to the Midwest to watch the Dodgers play the Chicago Cubs at Wrigley Field, and if you think that the USC Trojans football program is yesterday’s news, we’re here to tell you that wherever I went, whether it be Wrigley Field, Michigan Avenue, or swank sports restaurants like “Ditkas,” everybody wanted to know about the Trojans and how they were going to be in 2015.

After some conversations around the Windy City, it’s quite apparent that the USC Trojans are anything but an afterthought. On the contrary, thanks to their ability to overcome and being able to compete while being handcuffed with some of the most brutal sanctions in NCAA punitive history, interest in USC football in the Midwest remains overwhelmingly positive.

At least in the Chicago area, I found some die-hard college football fans around Lake Michigan that still show reverence and respect to the Trojans even after the NCAA’s attempt to decapitate the storied football program and its storied image.

At last Wednesday night’s Dodgers/Cubs game at Wrigley Field, I sat down low between home plate and the Dodgers dugout. Two Chicago policemen were seated to my left and were huge sports fans – especially when the topic of college football was breached. As the conversation evolved and eventually got to the Trojans, detective “Tommy” first asked me about what was Pete Carroll really like. After the Carroll assessment, I realized once again the profound effect Carroll had in restoring a national image of USC football.

After talking with “Tommy” and some others, it would be correct to say that Pete Carroll’s brand on the Trojans was so strong during his era that it helped allow the Trojans to transition through the sanctions in a positive way to where folks like today’s Midwesterners still see USC as a national power.

During the course of the early innings of the Dodgers/Cubs game, the two Chicago officers – when not complaining about the Cubs Sterling Castro and singing the praises of first-year manager Joe Maddon – said that they had season tickets for Northwestern football and recalled how much the 1996 Rose Bowl and playing against USC meant to Chicagoland. While the excitement of playing in the Rose Bowl was big, playing a “storied team like USC” was just as important that New Year’s Day.

Right before the seventh inning stretch, the cops started recalling the great games between Notre Dame and the Trojans. Both agreed that outside of the famous Notre Dame/Chicago subway alumni, most of the fans in Chicago and the surrounding vicinity couldn’t get any bigger enjoyment than seeing the Trojans whip the Irish. In fact, Tommy, who grew up less than two miles away from Wrigley Field, said that USC beating ND was as big as it gets for him and his buddies.

After the seventh inning stretch, the conversation transitioned to what kind of coach was Steve Sarkisian and what kind of team his Trojans would be this season. The officers said that USC is really big in the Midwest, and because it’s located in Los Angeles, it carries a real mystique. They agreed that college football is better for it when the Trojans are living up to its brand.

Another evening was spent having dinner at “Ditkas,” a classy sports restaurant/bar owned by NFL Hall of Famer Mike Ditka and located not far from Michigan Avenue. In the course of the Ditkas evening, our waiter, Aaron, claimed that his father and uncle played college football and referenced the Wisconsin Badgers. To show his allegiance to the Badgers, Aaron showed off some Badgers jewelry on his right wrist.

Upon learning what I did as a profession, Aaron immediately sat down by our table and said that he loves college football, and the USC Trojans have always been really special in the Midwest.

Like the officers at Wrigley Field, Aaron acted as though the Trojans had never been on sanctions and were just as good as ever. For any USC fan, this would have been validation that the Trojans have a real chance in 2015 to nail it this season and solidify the positive perception of the Men of Troy, at least in Big Ten territory.

Aaron gave his overall assessment of Wisconsin football as of today, and the conversation eventually turned to the great 1963 Rose Bowl game between the Badgers and the Trojans. Out rolled the named of Badger quarterback great Ron Vander Kelen and All-America receiver Pat Richter. Aaron said the connection between the Trojans and Wisconsin was inescapable. The Midwest and USC football was a gridiron fabric.

The extroverted waiter said he hoped to transition into college football and be part of one of the growing cable networks, also informed that going to a USC/Notre Dame game at the Coliseum was on his bucket list.

Again, conversation turned to what kind of a team the Trojans were going to have in 2015, and again I gave the same guarded but optimistic assessment. Although Aaron said he was a huge Notre Dame fan, he said it’s important that USC and the Irish were good because they represent the heritage of college football.

Finally, heading out of Midway Airport to head home, there was a USC fan that had just visited his son in Chicago. Although the fan was from Orange, California, he was a big Trojans follower. All I could think about was the fan’s self-disclosure regarding his and his Midwest son’s passion for USC football.

I guess the message in all this is that USC football has survived the NCAA sanctions and still draws major respect back in the Midwest. Cardinal and Gold football still captures the imagination of fans outside the West Coast, and the USC shadow seems to have a special place in Big Ten and Notre Dame country.