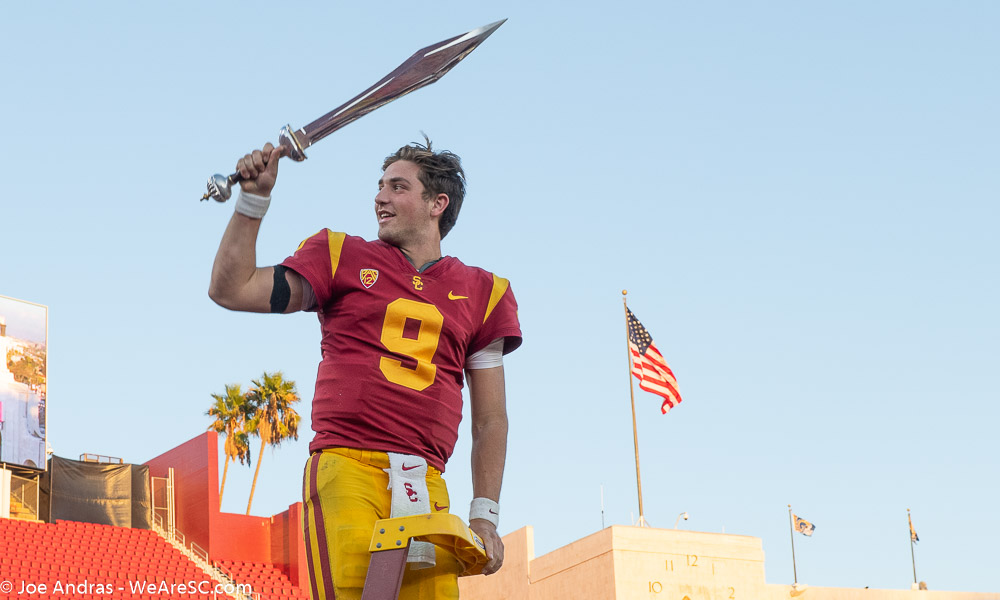 USC head coach Clay Helton announced the captains to the team following a practice and the video was posted by USC. In addressing the team, Helton said that typically he will see clear selections at the top, where a few players will grab a significant majority of the votes. Helton said this time there were eight or nine players who grabbed a lot of votes and the head coach said it showed that this team has a lot of leaders.

One interesting note is that there are no seniors among the four chosen captains.

Slovis took control of the offense as a true freshman last year and it’s clear he had the full support of the team during that 2019 season. St. Brown is arguably the hardest worker on the team and looked like a future USC captain back when he signed with the Trojans out of high school. Vera-Tucker provided the Trojans with a major boost when he opted into this 2020 season after initially announcing that he would sit it out. And Pola-Mao is another player who has drawn praise from teammates in the leadership role he’s taken. It was very evident in the spring of 2019, as Pola-Mao was one of the more vocal players on the practice field.