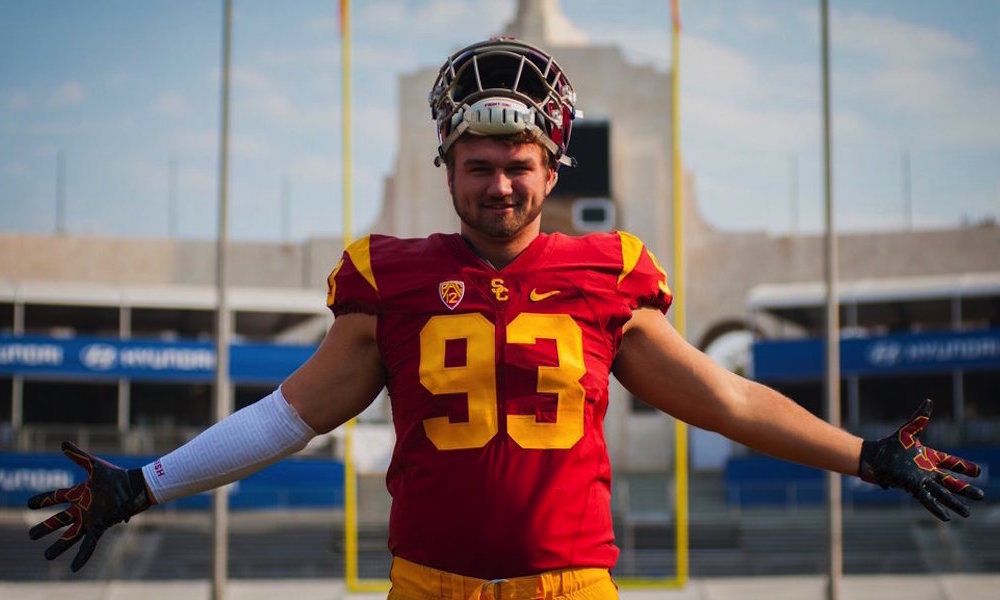 The Trojans had already received some good news on Friday with the announcement that JT Daniels would reclassify into the Class of 2018, and then the afternoon brought another bit of holiday cheer when junior college DT Caleb Tremblay was announced as a Trojan signee.

The 6-5, 275-pound Tremblay, who will enroll at USC for the upcoming spring semester as a junior, made 2017 All-National Nor Cal Conference as a sophomore defensive tackle at American River CC in Sacramento (Calif.). In 2017, he had 44 tackles, including 9.5 for losses (with 4.5 sacks), 2 forced fumbles and 1 deflection. As a 2016 freshman at American River, he had 30 tackles, including 6.5 for losses (with 3 sacks), a forced fumble and a fumble recovery. He took a year off from school in 2014 and was a part-time student at American River in 2015 after injuring his knee.

Tremblay is the type of veteran presence who could step in and immediately contribute to the interior of the d-line, and even compete for a starting job if Rasheem Green departs early for the NFL.

USC has now announced 9 signees from the early signing period: