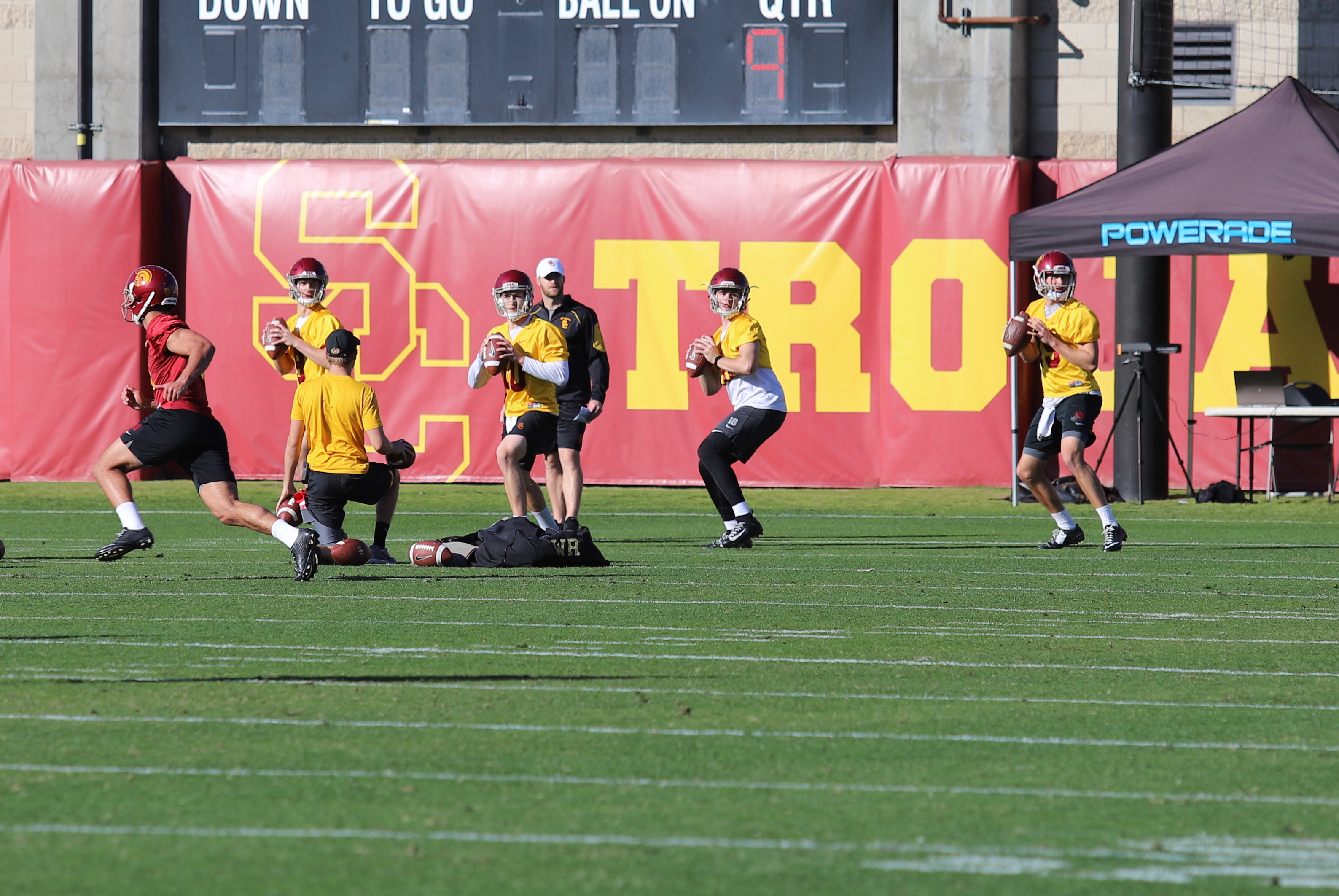 USC got the answer to its quarterback depth issue on Friday afternoon, as Vanderbilt grad transfer Mo Hasan announced his commitment to join the Trojans for the 2020 season.

The Trojans have been in the fairly unique position of having both too many quarterbacks in theory–Kedon Slovis, JT Daniels and Matt Fink have all started games and USC might have a fall camp quarterback battle for the fourth time in five years–and too few in practice–Daniels will miss spring ball due to injury, leaving the Trojans with just two scholarship quarterbacks to throw an Air Raid number of passes over 15 practices.

USC’s hunt for a quarterback to add to the roster has been dogged. The Trojans suffered arguably the biggest loss of any program during the 2020 recruiting cycle when quarterback Bryce Young, the nation’s No. 1 prospect, flipped his commitment from USC to Alabama. After that, the Trojans targeted a handful of quarterback prospects, eventually looking like good bets to land Louisiana prospect Blake Shapen. But Shapen received a late offer from Baylor and elected to sign with the Bears. USC then moved on to Boise State commitment Cade Fennegan, who stuck with his commitment to the Broncos.

The fact that USC would turn to the transfer portal for a quarterback illustrates the need for depth at that position to carry a team through an entire season, though Hasan is likely to walk on with the Trojans. Head coach Clay Helton did refer to two open scholarships still available following signing day, but if Hasan walks on, the Trojans could be better served by looking to find an immediate starter at left tackle via the transfer portal.

It’s unlikely any new quarterback would be able to step in and beat out Kedon Slovis, who just finished the best true freshman season for a quarterback in USC history. And Daniels will be difficult to beat out as well.

But Hasan could still be an important addition, given the fact that USC has had to go three quarterbacks deep in each of the past two seasons and neither Slovis nor Daniels finished the season healthy.

Hasan has limited experience at the college level, though still more than you might expect for a two-time walk-on. He began his career as a walk-on at Syracuse before transferring to Coffeyville (Kansas) Community College, where he went 71-of-132 passing for 996 yards and four touchdowns in five games played. Hasan then walked on at Vanderbilt, where he played in five games as a redshirt sophomore and then one game this past season as a redshirt junior–a start against No. 21 Missouri, where he led the Commodores to a win but was knocked out of the game (and the rest of the season) with a concussion.

The 6-foot-3, 205-pound Hasan will also bring some positive life experience to the quarterback room, the USC roster and likely the Los Angeles community. Hasan has received national attention for his nonprofit organization “Second Spoon,” which collects surplus food and delivers it via food trucks to the homeless and hungry. Operating in Nashville and Miami, Second Spoon delivered more than 55,000 meals this past year.