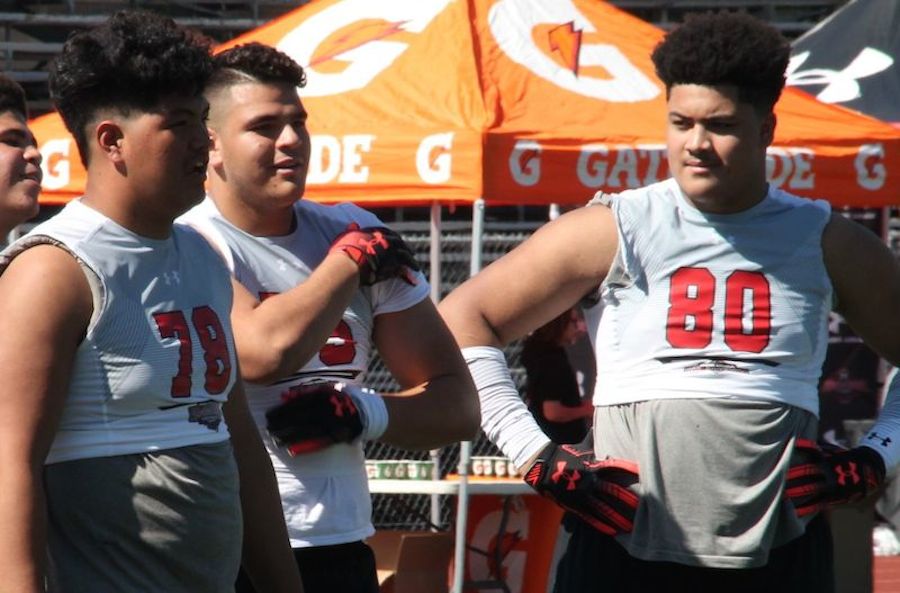 It was no surprise to see the top two quarterbacks for the Class of 2020 earn the Future 50 invites as D.J. Uiagalelei (photo) and Bryce Young have both established themselves already in their high school careers. I can’t wait to see them going at it for the next two years as part of the Bosco/Mater Dei rivalry. The third invite went to WR Chad Johnson from Venice, the son of the former NFL wide receiver of the same name, and the younger Johnson can play, good explosiveness.

As for the Under Armour Game, invites went out to three of the top prospects on the Trojan wish list in DB Mychael Wright, LB Mase Funa and OL Jason Rodriguez. Wright is simply one of the best athletes around and this setting didn’t even allow for his physical style of play. Funa is probably more of an outside linebacker/edge player, I like his game a lot. Rodriguez is a recent SC offer who brings the element of size. I didn’t think he was as polished as Jonah Taunau’u in the early 1-on-1’s, in fact I thought Jonah looked as dominant as anyone there.

I thought Kyle Ford looked solid at receiver, he’s got that 6-3, 195 frame that allows him to overpower a lot of defenders.

My two pleasant surprises were on the defensive line with Keyon Ware-Hudson and Stephon Wright. First of all, it’s good to see Ware-Hudson (photo) out there again after a knee injury prevented him from playing last year. He’s a load in the middle of the line at 6-3, 290 and he’s got a motor. Wright is more of a defensive end-type than a nose tackle at 6-3, 260 and I was pleased to see that it’s legit size for Wright. We’ve talked a lot about this being a good year for both sides of the line in this class and these two deserve mention with any of the other offers.