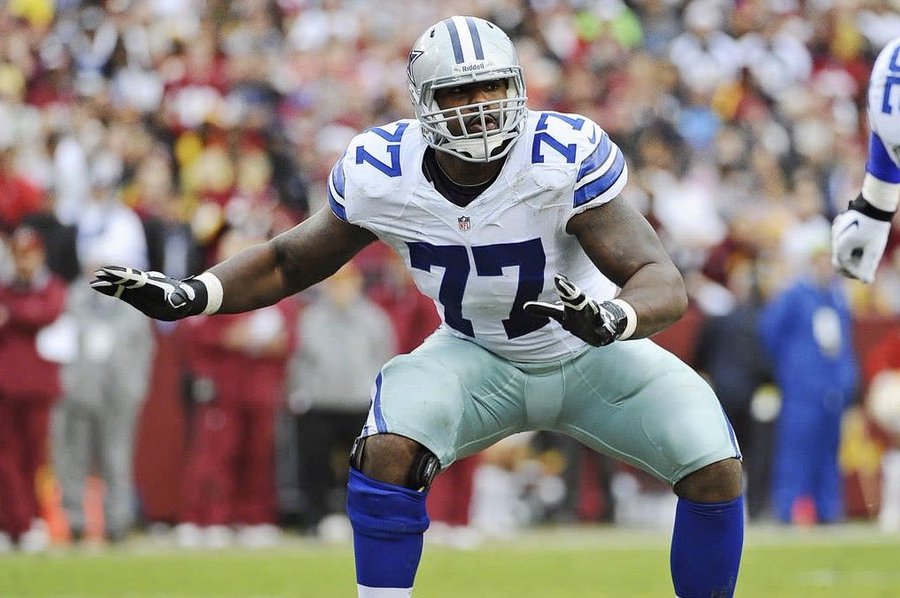 Offensive tackle Tyron Smith made the list for the seventh-consecutive season and checked in at No. 78 overall.

The ninth overall pick in the 2011 draft began his career at right tackle before moving to left in his second year and remaining the starter there ever since. He was the first offensive linemen selected by the Cowboys in the first round since Jerry Jones bought the team in 1989.

Smith was a sure-thing prospect heading into USC and that’s proven to be true, as he’s one of the best college and NFL offensive tackles to ever wear the cardinal and gold, which is lofty praise. Smith was selected First-Team All-Pac 10 in 2010, when he won the Morris Trophy, given to the best offensive and defensive linemen in the conference. He was also selected to the NFL 2010s All-Decade Team.

Defensive tackle Jurrell Casey was the top-ranked former Trojan on the list, as he checked in at No. 71.

Casey and Smith were part of a good 2008 recruiting class for USC, one that also included defensive end Nick Perry and offensive tackle Matt Kalil.

Casey was selected in the third round of the 2011 NFL Draft by the Tennessee Titans. This is the fourth-consecutive year Casey has been named to this list–he was as high as No. 66 on the 2018 version.

Casey was an immediate impact player for the Titans and turned into a star during his career there. He’s a five-time Pro Bowl selection and was a Second Team All-Pro following the 2013 season.

This past offseason, Casey was traded to the Denver Broncos and appears to be very motivated, as the Titans only received a seventh-round pick in return.

Having just two players on the list is not a huge success story for a USC program that has produced more than its share of big-time NFL players. The Trojans have gone five years without having more than five players selected in the draft, and USC produced just two draft picks in the 2020 draft. USC had at least five players selected in every draft from 2005 through 2011.

A few former Trojans who are still young in the league could still make major impacts. Wide receiver Juju Smith-Schuster checked in at No. 47 on the 2019 edition of this list before suffering through some injuries and a down year last fall. Cornerback Adoree’ Jackson, outside linebacker Uchenna Nwosu and quarterback Sam Darnold have shown flashes as well.

The Trojans could also be in good shape with first-round pick Austin Jackson as he begins his career with the Miami Dolphins, and second-round pick Michael Pittman, who could make a quick impact with the Indianapolis Colts.

The top ten of 2020s NFL Top 100 will be released Wednesday night. The players have been revealed, but not the order. The top ten will include: