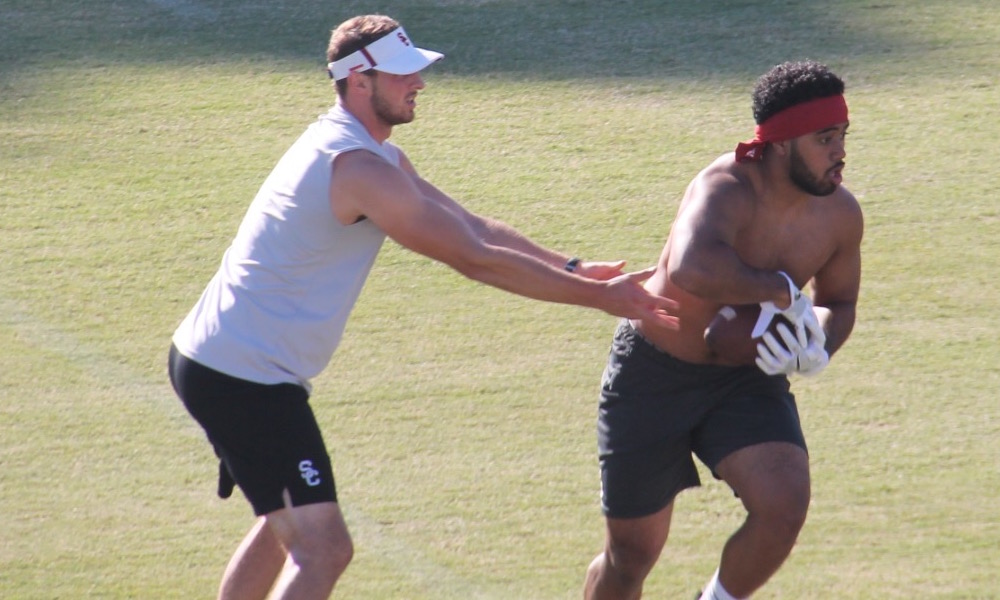 That left opportunity for a several guys who don’t normally get a ton of reps, particularly walk-ons like Holden Thomas and Austin Applebee, along with fullback-turned linebacker Reuben Peters. I thought the guy who took advantage the most was Applebee, who was the only tight end on the day so he was out there to whole time and caught plenty of balls. Austin is a good-sized guy and it wasn’t a huge surprise to see him play well. Holden also showed why he has turned some heads at times on the practice field as a 6-6 guy with a pretty good arm. As for Peters, he’s a veteran who knows the system and he has consistently been running with the 2’s behind Smith during the PRP’s.

One thing that was noticeable, however, was a dip in offensive execution without Daniels or Sears on the field. It was just one of those days where the offense didn’t do a whole lot of “clicking” but when it did it usually involved the steady trio of Tyler Vaughns, Michael Pittman and Amon-Ra St. Brown. Those three receivers have been consistent throughout the PRP’s and today was no different, and it says something for St. Brown to be included in that group already.

One position wrinkle we saw involved Levi Jones, who normally sees time at WLB but today there was no Juliano Falaniko or Kana’I Mauga to line up behind Jordan Iosefa so Jones took reps at the OLB spot (a position that I think makes sense for him with his ability to get into the backfield).

The next PRP is scheduled for Friday.