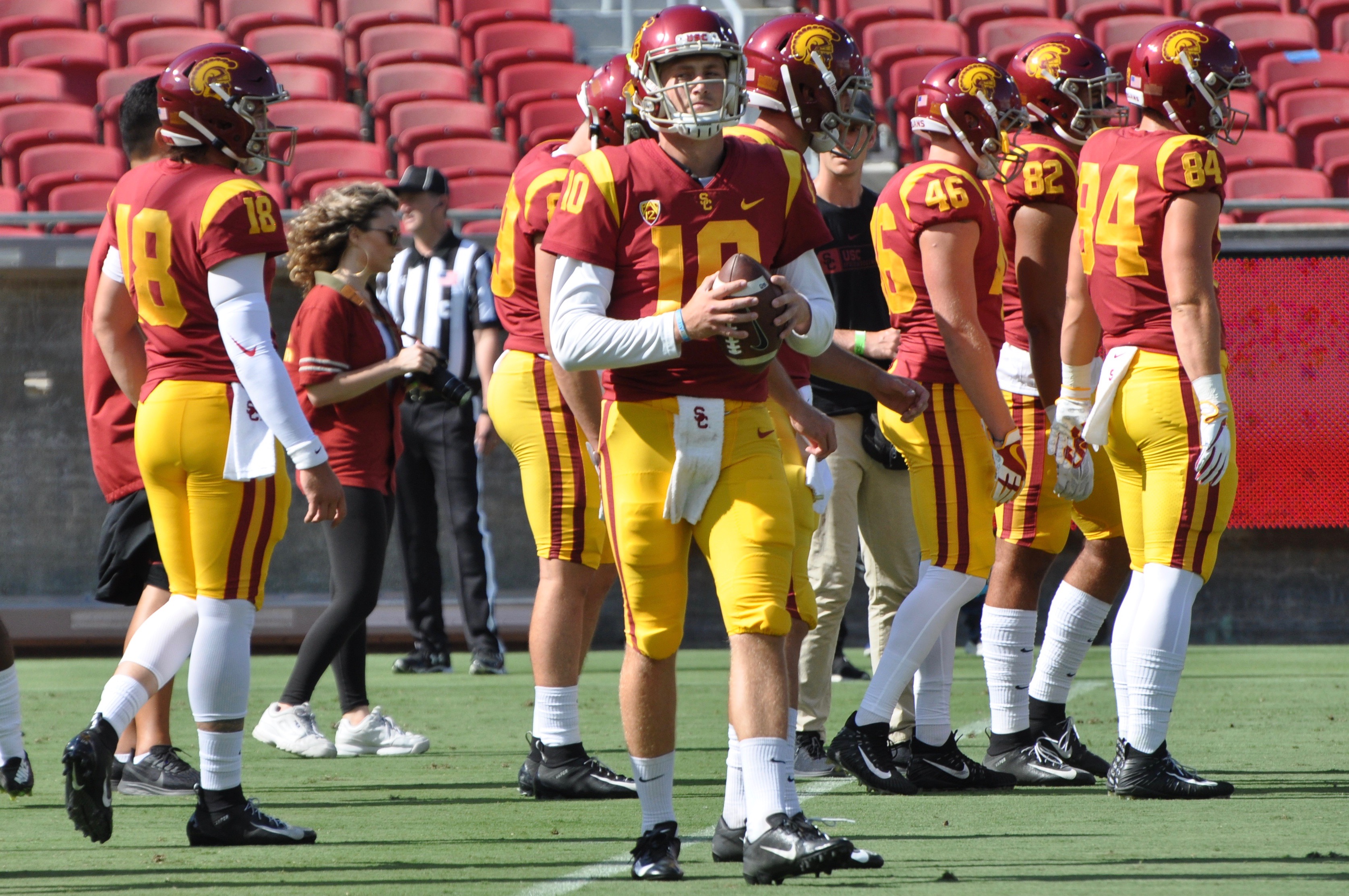 Tuesday’s biggest news came before practice started, as quarterback Jack Sears announced that he would be entering his name into the transfer portal and looking to leave USC following this semester.

Sears (photo above) was not at practice and head coach Clay Helton confirmed that the quarterback will instead concentrate on his academics this semester, while being recruited by other programs.

“I want to personally thank Jack for everything he’s done for USC, our football family, [and] my immediate family,” head coach Clay Helton said. “I ask guys to do three things: compete, give their absolute best effort, and graduate from this university, and Jack has done all three in a first-class manner. He is part of my family for life. I wish him nothing but the best in the future and he is a special, special individual.”

Sears’ departure leaves the Trojans with just three scholarship quarterbacks on the roster this fall, with true freshman Kedon Slovis at No. 2, and redshirt junior Matt Fink at No. 3.

It was a full pads practice for the Trojans.

Helton called it a great Tuesday practice as the Trojans creep closer to Saturday’s season opener.

“You can feel the energy, the juice,” Helton said. “Anytime you practice over 20 times against each other, and now you’re working on an opponent, it brings some life, some energy, and it was great out here today.”

Helton confirmed that linebacker Solomon Tuliaupupu will miss the season after undergoing surgery to have a plate installed on his surgically-repaired foot. Helton said he had the initial surgery before arriving at USC and he was never able to fully heal. Tuliaupupu will be eligible to petition for a sixth year because he will have missed two seasons with the same injury.

Offensive coordinator Graham Harrell was asked about the offensive line quite a bit following practice, and he had plenty to say about that group and what they mean for this 2019 season.

“Our success is going to start up front, always,” Harrell said. “That’s not on our football team, particularly, that’s on any football team. If you dominate the line of scrimmage, on either side of the ball, offense or defense, you’re probably going to have a lot of success. We preach that to them, we preach that to recruits, we preach that to everyone. This offense is going to go as the offensive line goes. They set the tone for the mentality of the offense, they set the tone for the tempo of the offense. And so we’re going to go as they go and they know that. we put that pressure on them all the time to take ownership of what we do. The reason we’re successful or not successful is going to fall on them.”

Much has been made of JT Daniels and his leadership qualities this offseason. It was a big talking point during his true freshman season and both Helton and Harrell mentioned leadership a number of times when it came to watching the quarterback battle. Daniels has said multiple times that it’s something he worked on over the summer and through fall camp.

“I’d say the biggest thing is my excitement level,” Daniels said. “I’ve always been more of a calm, even-keeled kind of guy, and coach Graham kind of changed that when he said the most excited team wins and he challenged me specifically to be the guy that brings the excitement. I think a lot of my leadership this year comes from enthusiasm.”

Daniels wouldn’t go so far as to call himself a “rah-rah guy,” but said he’s “more on that side now than being a quiet guy.”