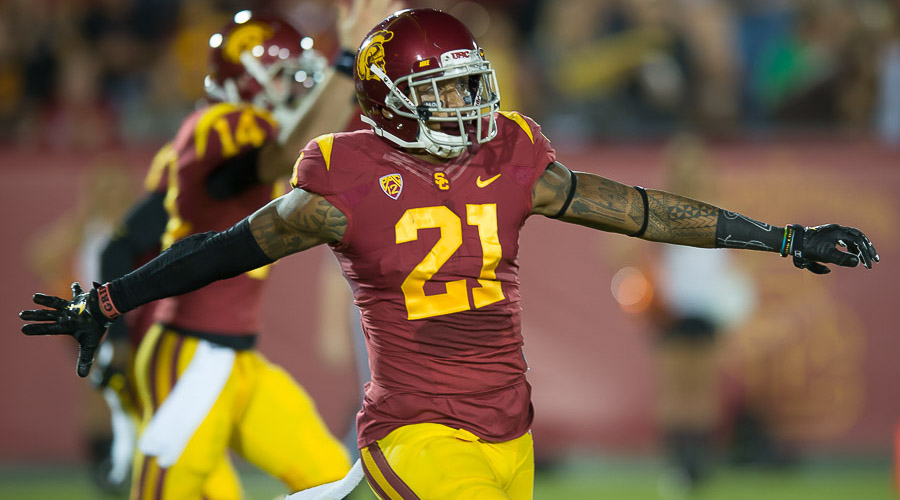 After two days off, the Trojans took part in their final on-campus practice of the season on Tuesday before heading down to San Diego where they will continue to prepare for their Dec. 27 matchup with Nebraska in the Holiday Bowl throughout the rest of the week.

The last time his team got back to work after a short break exactly one week ago, USC head coach Steve Sarkisian was less than pleased with the way that they came out and performed. But that certainly wasn’t the case this time around.

“We talked about this a week ago – a little bit about my own disappointment about just the way we practiced coming off of a few days off,” Sarkisian said. “The way they came out today, I was really impressed – focused [and] really attentive to the details of the game plan, which is important. I wanted to get a really good practice in here before we got on the busses and went down to San Diego, and so we were able to do that. The guys were great. We’ll go down and get a few more days of work in, but quite honestly, today was really an important day, and I’m proud of the way we worked.”

Following the full-pads practice session Trojans players formed a human tunnel that the seniors ran through on their way off the field.

It was a tad bit harder to follow practice on Tuesday, at least at first, as a number of players traded jerseys. Some of the more eye-catching switches resulted in Adoree’ Jackson wearing Kenny Bigelow’s No. 95 jersey, JuJu Smith wearing Chad Wheeler’s No. 72 jersey and Nelson Agholor wearing Khaliel Rodgers No. 62 jersey.

Sarkisian said that he didn’t have anything to do with the jersey-trading idea, but he added that he was OK with it because of his team’s performance in practice.

“I’m for it when they practice really well,” Sarkisian said.

On Tuesday both Sarkisian and USC offensive line coach Tim Drevno praised the Nebraska defensive line, a group led by defensive end and potential top-5 NFL draft pick Randy Gregory, as well as 6-foot-2, 300-pound defensive tackle Maliek Collins. Drevno said that the group has an NFL-like look to it, and that they’ll provide a solid test for USC’s young offensive line

“They’re the best d-line we play,” Drevno said. “They’ve got great initial quickness, they’ve got tremendous girth up front, they hold the point very well [and] they’re very well coached. They are a very good defensive line. This would be a defensive line that you’d face in the National Football League. They are just very, very talented, and it’s a tough matchup.”

– After taking part in this past Saturday’s practice in a somewhat limited capacity, linebacker Uchenna Nwosu (ankle) participated in the entire Tuesday session.

– Former USC All-American linebacker and Butkus Award winner Chris Claiborne was among those in attendance.