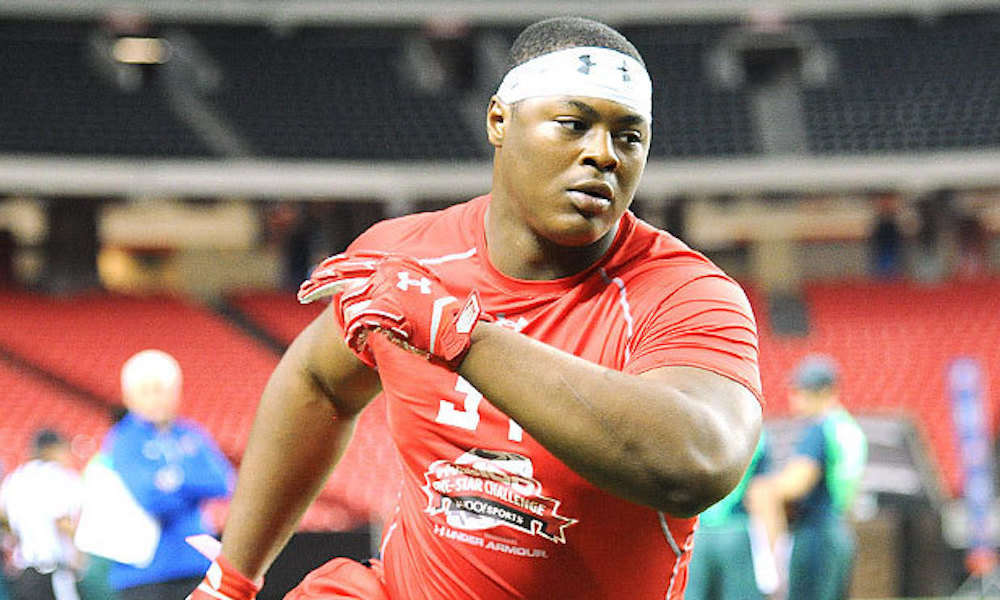 Not only did the Trojans get a victory over the Bruins on Saturday night but they followed it up quickly with a victory on the recruiting trail as well with a verbal commit from DT Trevor Trout.

Trout (6-3, 315) is an athletic big man in the middle of the defensive line and you simply can’t have too many of them. He’s a consensus 4-star recruit from Chaminade HS in St. Louis and he gave his commit to the Trojans immediately after his official visit was done.

He chose the Trojans over home state Missouri, UCLA and Texas A&M, among many others.

Randy Taylor of National Preps gave an evaluation of Trout earlier this fall on the WeAreSC Podcast, here’s what he had to say:

“This is a fun guy to watch. He’s got a motor and he’s a destructive guy, when you watch him he’s just all over the place. He runs around, throws 2 or 3 blockers to the ground and then runs to the ball. He’s over 300 pounds and has some height to him so he should be a three-technique who can get up field. If you add Trout with Tuli (Letuligasenoa) from DeLaSalle you’re really setting yourself up to dominate the conference in the middle.”

Trout and Tuli will be joining an already strong USC base of young talent along the middle of the d-line, which includes freshman contributors Marlon Tuipulotu and Brandon Pili, along with Jay Tufele who is redshirting. That’s a very impressive group to look forward to in the future, and more proof of the recruiting prowess of Kenechi Udeze.

The Trojans now have 11 verbal commits for the Class of 2018.