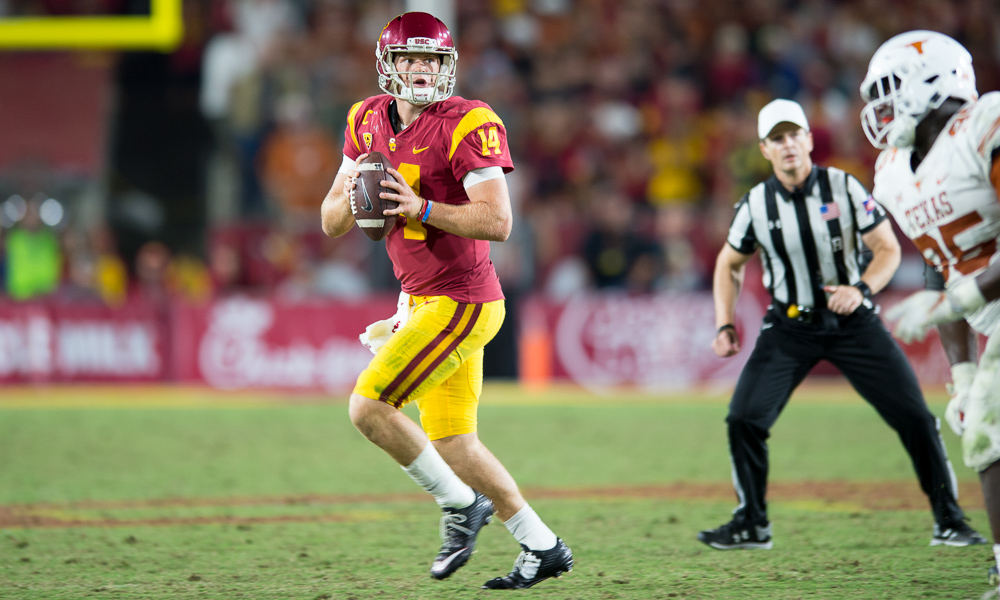 It will be a traditional battle of Pac-12 vs Big Ten champions but it won’t be held at the Rose Bowl. Instead, the 2017 Pac-12 champion USC Trojans, who were ranked #8 in the College Football Playoff rankings, will play on December 29th in the Cotton Bowl at AT&T Stadium against the Big Ten champion Ohio State Buckeyes. The game will air at 5:30 PT on ESPN.

The Buckeyes were in the mix for a spot in the 4-team CFP mix but that went to Alabama, and there was speculation that the Trojans would be heading to the Fiesta Bowl to potentially play the Buckeyes. One factor that resulted in the match-up now taking place in the Cotton Bowl is that Ohio State had been to the Fiesta Bowl the past two seasons, and there were concerns about playing there a third year in a row.

Ironically, USC and Ohio State met three years in a row in the Rose Bowl during the 70’s as part of the rich history between the two schools. The Trojans lead the overall series 13-9-1 with the last meeting coming in 2009 at Ohio Stadium with Stafon Johnson providing the game-clinching score for USC. There have been 7 meetings in the Rose Bowl (including my personal favorite in 1980 with Charles White diving over the goal line for the win).