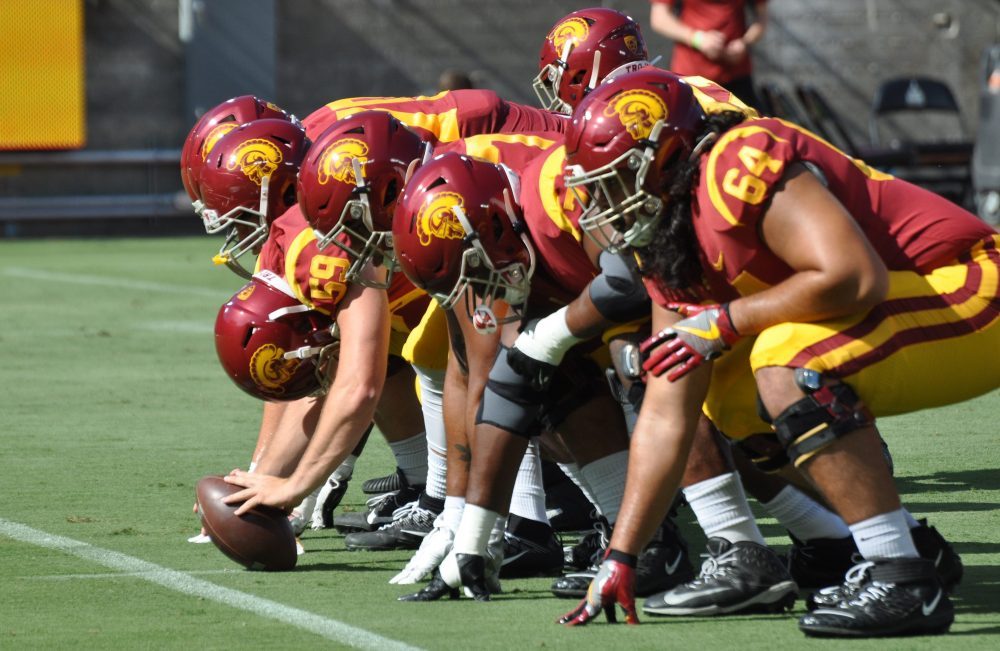 Both players will join the roster as walk-ons this fall, though both are ticketed to make 2021 impacts at the earliest.

Bryson is a 6-foot-7, 295-pound offensive tackle who has started the past two years at Division II Colorado Mesa University, where he played both left and right tackle.

USC chased a number of graduate transfer offensive linemen but has come up empty so far this offseason, one year after landing Tennessee grad transfer Drew Richmond. The Trojans are in flux across the offensive line, where there is a chance USC could have four new starters. While Brett Neilon returns at center, it’s likely that Alijah Vera-Tucker will move from left guard to tackle. Backup center Justin Dedich was getting the first shot at left guard this spring before the coronavirus pandemic shut down USC spring ball. The right side of the line appears to be wide open. Jalen McKenzie, who started all last season at right guard, returns, while Liam Jimmons is an option there as well. Second-year lineman Jason Rodriguez could be right in the mix at right tackle, with McKenzie an option there as well.

USC will welcome six true freshmen along the offensive line this fall, and Bryson will be added to that group of players likely jostling on the depth chart to make an impact in 2021. Clearly, Division II football isn’t comparable to the schedules USC will face, but Bryson does bring good size and athleticism to the position. He’ll have three years to play two at USC, and will use his redshirt year this season as he sits out both as a transfer and as he continues his recovery from an ACL tear. Bryson suffered the injury in the final game of the 2019 season and underwent surgery in January.

He’ll be joined on the roster this fall by long snapper Nathan Weneta.

Weneta was at Purdue this past season but will transfer to USC and enroll as a walk-on. It definitely won’t make the same headlines as a big 2021 commitment, but the Trojans absolutely have to have an answer at long snapper for the 2021 season following the departure of Damon Johnson, who has been a rock at the position and will become a four-year starter this season. Johnson is likely the most important Trojan many USC fans have never heard of, as he’s handled the spot very well during his career.

While Weneta will serve as a walk-on this season, there is a path to a scholarship available if he can win the position following Johnson’s graduation. Weneta, from San Diego Cathedral Catholic, was regarded as one of the nation’s best long snappers in the 2019 class.