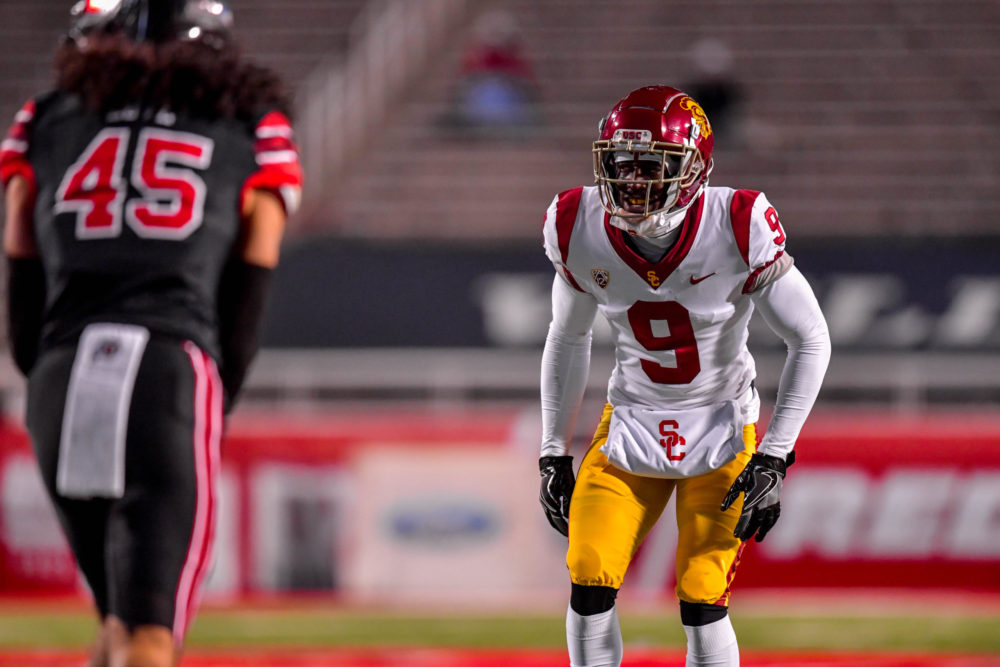 On the Trojans Live radio show Monday night, USC head coach Clay Helton said the Trojans will be without tight end Jude Wolfe and safety Greg Johnson moving forward, as both suffered injuries against Washington State that will require surgery.

Johnson has been a key member of the secondary this season, playing as a nickelback that works as a third safety in this defense. His 15 tackles are sixth-most on the team and he’d been part of a defensive backfield that hasn’t allowed more than 286 yards passing in any game this season and just held Washington State to 190.

Johnson will undergo surgery for a knee injury. He initially suffered the injury while blocking during Talanoa Hufanga’s interception return. Johnson went to the ground in the endzone and remained there for a while. He returned to the game later, but went down again and was then removed.

Max Williams was already in the game as USC was playing with six defensive backs (seven counting Talanoa Hufanga at linebacker), but it’ll likely be Williams who gets the call to replace Johnson in the starting lineup. He’s been very good this year as well, totaling 12 tackles and half a sack in four games.

At tight end, Wolfe had shown some flashes of getting more involved in the offense this season, but he’d been battling his way through injuries that limited his overall production. He’d caught two passes for five yards this season, but when he was fully healthy, he was on the field far more often than we saw the tight ends last season.

Now, a foot injury against the Cougars will sideline him for the season. USC has Erik Krommenhoek still available, and two of his four catches this season have gone for touchdowns. Josh Falo made his first appearance of the season against Washington State and he could begin to factor in more as well over the rest of the season.

Wolfe dealt with a back injury during spring ball last year that forced him to shut things down for a while. He played in four games toward the end of the season and was able to redshirt.