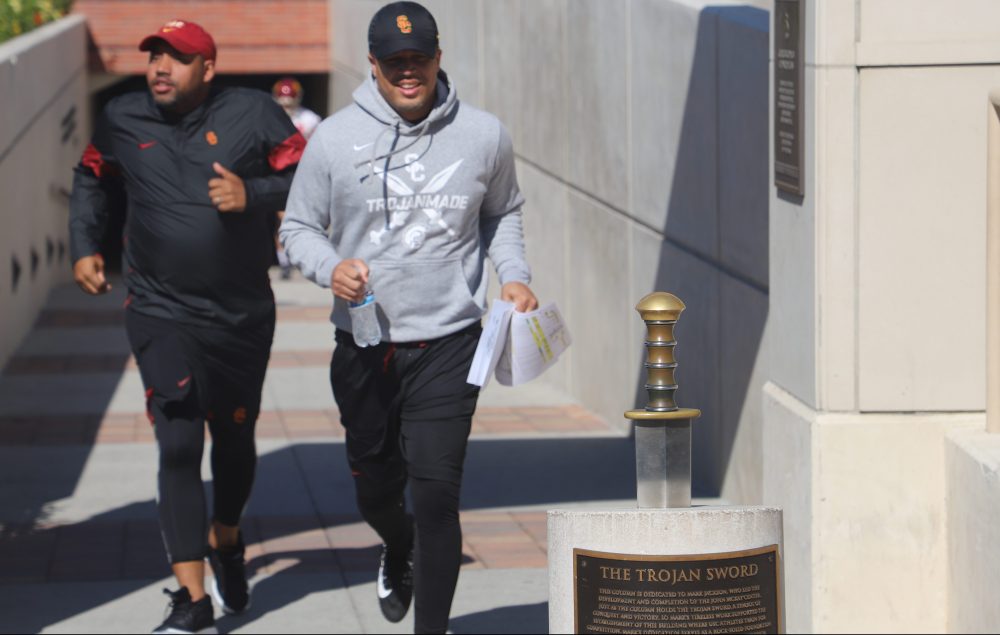 It’s an interesting note that while USC cornerbacks coach Donte Williams is regarded as the top recruiter in the Pac-12 in this 2021 recruiting cycle, there is just two position groups on offense or defense where the Trojans don’t currently hold a commitment: tight end and cornerback.

That clearly won’t be the case come signing day, as the Trojans are in the mix for more than a handful of cornerback targets, and Williams will snag however many he needs after USC didn’t sign any in the 2020 class–though the Trojans are scheduled to lose only Greg Johnson following the next two seasons, though other cornerbacks will be eligible for the draft.

One prospect the Trojans are chasing is four-star athlete Denzel Burke (Scottsdale, Ariz./Saguaro). The 6-foot, 190-pound prospect is the nation’s No. 178 recruit and No. 9 athlete.

Ohio State is the outlier as the non-Pac 12 school, but the Buckeyes were active in Arizona in the 2020 class, signing safety Lathan Ransom and quarterback Jack Miller. Oregon has done well in the state the last few years, as the Ducks signed quarterback Tyler Shough in the 2018 class, and more importantly for Burke, signed former teammate Jaylan Jeffers in the 2020 class and hold a commitment from teammate Bram Walden in the 2021 class. Washington signed Saguaro safety Jacobe Covington last year and also pulled cornerback Byron Murphy out of the school back in the 2016 class.

As for USC’s connection, the Trojans signed kicker Parker Lewis from Saguaro in the 2020 class.

Burke plays both ways for Saguaro. As a junior after sitting out a handful of games due to transfer rules, Burke had 313 receiving yards and four touchdowns in seven games, while adding two interceptions on defense. He possesses terrific speed and is a threat to score from anywhere on the field offensively. Defensively, he does well to rely on his natural athleticism in coverage and brings his good ball skills to that side as well.

USC holds commitments from three defensive backs already, as four-star safety Xamarion Gordon (Downey, Calif./Warren), and four-star defensive athletes Calen Bullock (Pasadena, Calif./Muir) and Anthony Beavers (Harbor City, Calif./Narbonne) have committed. Bullock could play receiver or cornerback, but is likely a safety at the next level. Beavers could have the ability to play safety or linebacker.

USC’s 2021 recruiting class currently sits at No. 5 in the country.