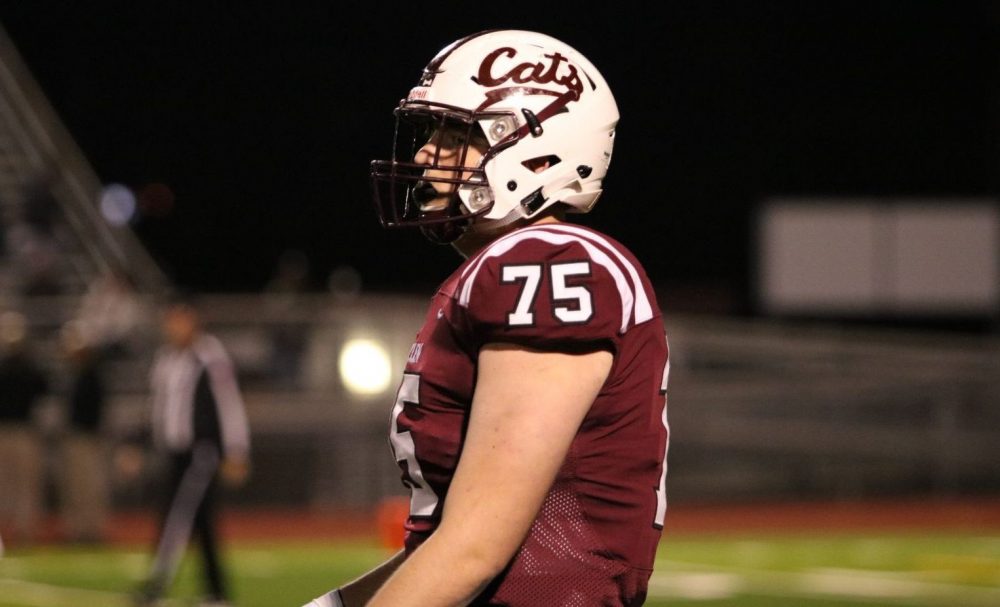 In the 2020 class, USC swooped into Texas to grab commitments from two offensive tackles fairly late in the process. Now, the Trojans are again looking to Texas in the 2021 class to help fill out its offensive line.

Ty Buchanan (Corpus Christi, Tex./Calallen) picked up an offer from USC in early August and the Trojans immediately became a potential landing spot for the 6-foot-6, 290-pound, three-star prospect.

Buchanan also added offers from Oklahoma State and Texas Tech on the same day USC came into the picture. Now, those three schools have landed on Buchanan’s top 10 list, which he released Monday evening.

Colorado, FIU, Indiana, Oklahoma State, Purdue, San Diego State, Texas Tech, UNLV, USC and Vanderbilt make up the top 10 schools for Buchanan at this point. USC clearly outpaces the rest when it comes to football pedigree, but it could still be difficult to beat out the home state–if not exactly hometown–Red Raiders.

Like so many of the other recruits targeted by USC coaches in this class, Buchanan plays with a real intensity to his game, finishing plays through the whistle and driving his defender backwards or into the ground at the end of the play.

Buchanan made the switch from tight end to offensive line during his high school career and is a lineman with size, who might be just starting to see some of his potential at the position.

USC signed a few offensive line projects with potential in the 2020 class, and tackle Saia Mapakaitolo (Mesa, Ariz./Red Mountain) would fit that description in the 2021 class–as a tackle with a great frame but needs to add weight.

USC holds commitments from offensive tackle Mason Murphy (San Juan Capistrano, Calif./JSerra) and guard Maximus Gibbs (Bellflower, Calif./St. John Bosco) in addition to Mapakaitolo in this class. Adding a fourth offensive lineman has been somewhat elusive. The Trojans lost out on three of their top targets–Kingsley Suamataia (Orem, Utah/Orem), Bram Walden (Scottsdale, Ariz./Saguaro) and Jonah Miller (Tucson, Ariz./Sahuaro)–to Oregon and weren’t able to get fully into the mix for other national five and high-four-star prospects.

The Trojans signed just two high school prospects in each of the 2018 and 2019 recruiting classes, but USC has been bulking up along the offensive line in these past two classes. The Trojans have signed not just a large number of linemen–six in 2020 and three commitments in 2021–but in doing so, they’ve signed a number of large linemen.