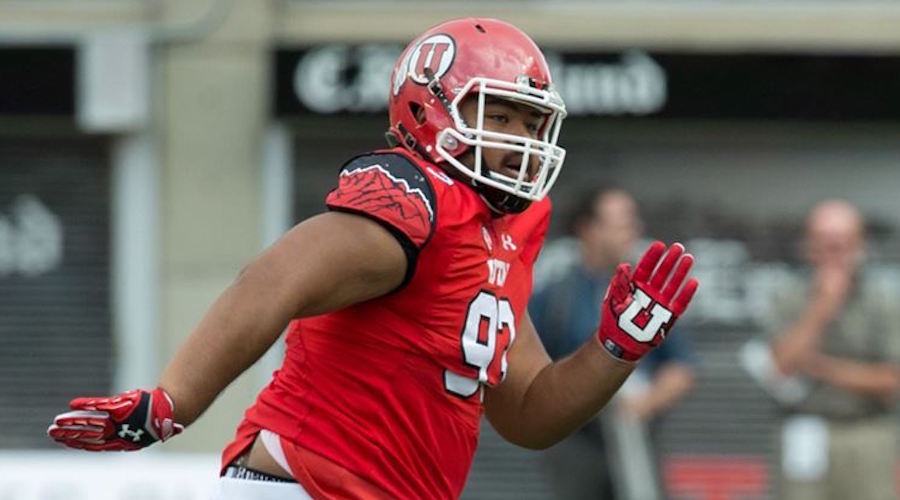 When the annual end-of-spring media conference call was held this year, USC head coach Clay Helton was asked what part of his team kept him up at night with worry, and it was no surprise when he talked about the lack of experience and depth along the defensive line.

The Trojans had lost the only upperclass member of the rotation in spring when Kenny Bigelow suffered a knee injury that will keep him out for most, if not all, of the upcoming season. That left a whole bunch of players who hadn’t started yet (Noah Jefferson has the only start of the group in the bowl game) and many of them hadn’t even been on campus for a whole year. It’s not that the players aren’t talented but the reality is that the entire returning gr0up along the interior of the d-line had only accounted for a combined 47 tackles in their careers.

There had been a lot of speculation about how well a graduate transfer would fit along the defensive front, and that talk turned into reality on Thursday when former Utah Ute defensive tackle Steve Tu’ikolovatu announced via his Twitter page that he would play his final season at USC.

Tu’ikolovatu (6-1, 320) had also looked at Nebraska and Alabama as other choices for his final season before choosing USC.

He is known as a run-stuffing nose tackle who led the Pac-12 in fumble recoveries last season, and he also had four tackles against the Trojans, to go along with 28 tackles, six tackles for loss and two sacks. He had two starts in the 2015 season, and was listed as the #2 DE at the end of the recent Utah spring practice sessions.

He is a former walk-on at Utah who immediately went on his Mormon mission. Upon his return he was put on scholarship but suffered a foot injury that caused him to miss his freshman year. He will have one year of eligibility with the Trojans.