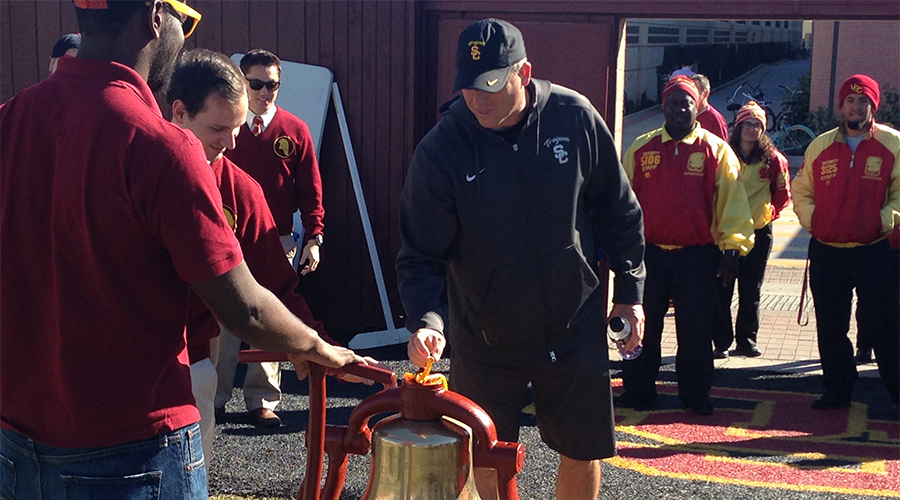 LOS ANGELES – On the surface of it, the USC Trojans 41-22 decisive loss to Stanford on Saturday night in the Pac-12 Championship Game was a real downer. Losing a bid to the Rose Bowl is especially numbing considering the Cardinal and Gold once deemed New Year’s Day in Pasadena part of its yearly schedule.

Instead of Pasadena on January 1, the Trojans are returning to San Diego’s Holiday Bowl to play the No. 23 Wisconsin Badgers, an intriguing matchup on Dec. 30 that figures to sell out Qualcomm Stadium.

It’s been quite a 2015 season for the Pac-12 South Division champion Trojans (8-5), especially considering what this team has had to endure.  So a Holiday bowl redo is till a welcome sight and just reward for the players who turned a negative season into a positive outcome led by newly named head coach Clay Helton.

So even though the Trojans experienced a Pac-12 Championship power outage, in the bigger picture that painful episode in Levi’s Stadium may lay the foundation for future big-game success.