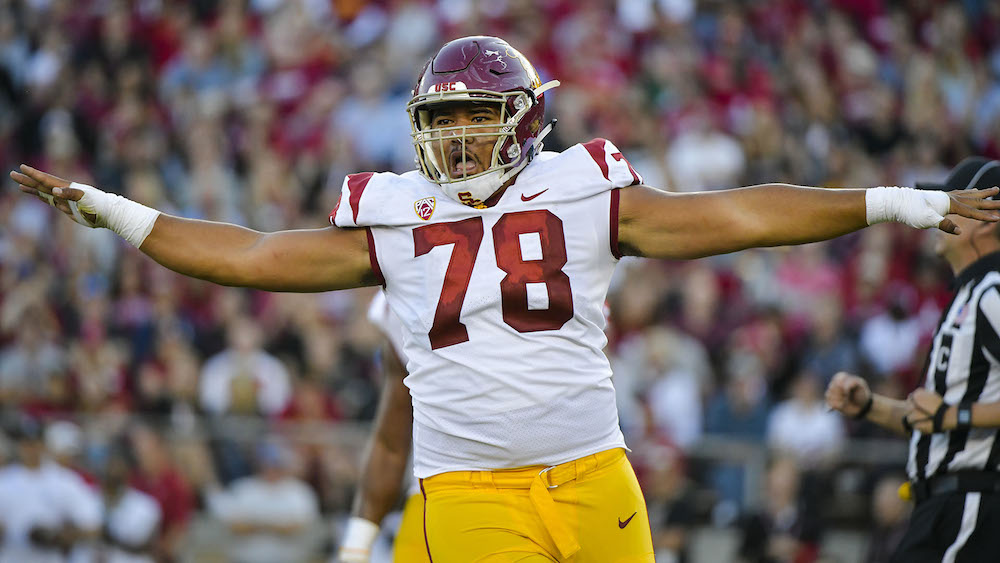 It is expected that the USC Trojans will soon officially announce Boise State defensive line coach Chad Kauha’aha’a (pronounced cow-ha-a-ha-a) as its new defensive line coach, replacing Keneche Udeze who was fired after this past season. Kauha’aha’a just completed his first season at Boise State, which will be playing in the First Responder Bowl against Boston College on Dec. 26 in Dallas. Prior to coaching the D-line for No. 25 Boise State (10-3), the expected new Trojans’ D-line coach spent each of the previous three seasons at Oregon State, serving as the associate head coach for the final two. He coached defensive line for the Beavers all three years and added outside linebackers in 2016. He has also coached defensive line at Wisconsin (2013-14), Utah (2011-12), Utah State (2009-10) and Weber State (2005-08) and was the head coach at Baldwin High School in Wailuku, Hawai’i from 2002-04.

Originally from Maui, Hawai’i, Kauha’aha’a played for Utah from 1993-96, where he was named All-WAC Honorable Mention in 1995, and to the All-WAC Mountain Division Second Team in his final season.

Mike Jinks, who was recently fired in the middle of his third season as head coach at Bowling Green, is expected to be hired as the Trojans’ new running backs coach, according to sources. Prior to his term as Bowling Green’s head football coach, Jinks previously was an assistant head coach and running backs coach for Texas Tech, and therein is the connection with recently named Trojans’ new offensive coordinator and quarterback coach Kliff Kingsbury. Jinks will have a solid foundation of running backs in 2019, led by Vavae Malepeai, Stephen Carr, and Markese Stepp.

The latest in the replacement sweepstakes for new secondary coach is the rumor that former Trojans All-America safety and former NFL player and coach Mark Carrier is still one of the lead candidates along with one another unnamed Pac-12 defense secondary coach. Whomever the DB coach, he’ll have some major retooling with the departures of corner Iman Marshall, safety Marvell Tell lll, and nickel back Ajene Harris. There will, however, be some promising young players waiting in the wings in Chase Williams, Olaijah Griffin, Greg Johnson, Talanoa Hufanga, Isaiah Pola-Mao, and Isaac Taylor-Stuart.

There is also strong speculation that former Trojans’ wide receiver star and current tight ends coach Keary Colbert will be officially named as wide receivers coach. The Trojans figure to be returning one of the nation’s strongest wide receivers units in 2019 with Michael Pittman Jr., Tyler Vaughns, Velus Jones, Amon-Ra St. Brown, and Devon Williams as the foundation.

There has been no official word on a permanent offensive line coach, but the expectations are that a lead candidate is current interim O-line Tim Drevno. There has also been speculation that new OC Kliff Kingsbury might consider his former Texas Tech O-line coach Brandon Jones.