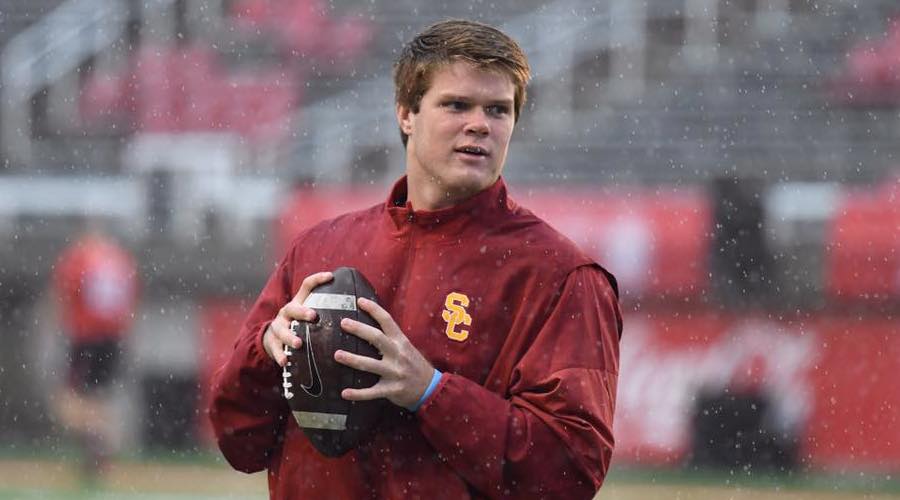 Having rebounded from a sloppy start to jump into the lead, USC (1-3) ultimately faltered down the stretch on Friday night, falling to No. 24 Utah (4-0) in a heartbreaker, 31-27.

The contest featured an impressive performance by Trojans first-time starting quarterback Sam Darnold, who completed 18-of-26 passes for 253 yards, while adding 41 yards and one touchdown on the ground, but it just wasn’t enough.

The game got off to an ominous beginning for the Trojans as they fumbled the ball away on each of their initial three offensive drives. Thanks to a 100-yard Adoree’ Jackson kickoff return for a touchdown, however, as well as a fumble recovery by the standout cornerback, the Utes led just 10-7 midway through the second quarter.

It was at that point that USC seized momentum for a brief period of time, as Justin Davis broke off a 50-yard run, before scoring a 14-yard touchdown a few plays later to give USC a 14-10 lead – which became 17-10 just before halftime thanks to a 32-yard field goal by Matt Boermeester.

The Trojans came out on fire to begin the third quarter, with Darnold engineering an 8-play, 91-yard drive that was capped by an eight-yard touchdown run by the redshirt-freshman signal-caller to give USC a 24-10 lead.

But the Trojans could just never quite pull everything together on both sides of the ball long enough to put the game away. The USC defense, which had its periodic struggles throughout the night, gave up a touchdown on the Utes’ ensuing drive. This time there was some bad luck involved as Utah running back Armand Shyne fumbled at the goal line, with offensive lineman Isaac Asiata falling on the ball in the end zone, cutting USC’s lead to 24-17.

With the Trojans clinging to a 27-17 lead in the fourth quarter, Utah quarterback Troy Williams took charge – first, throwing a 10-yard touchdown pass to Raeon Singleton to cut the deficit to three points.

Williams got one more chance to direct the Utes’ offensive attack down the field following a Trojans punt, and the Utah signal-caller did so with deadly precision before hitting Tim Patrick for an 18-yard touchdown with 16 seconds left in the game.

Williams finished the contest 21-of-34 passing for 270 yards and two touchdowns.

Davis led the Trojans in rushing with 126 yards and one touchdown on 10 carries.

The Trojans will next face Arizona State at home on Saturday, Oct. 1.