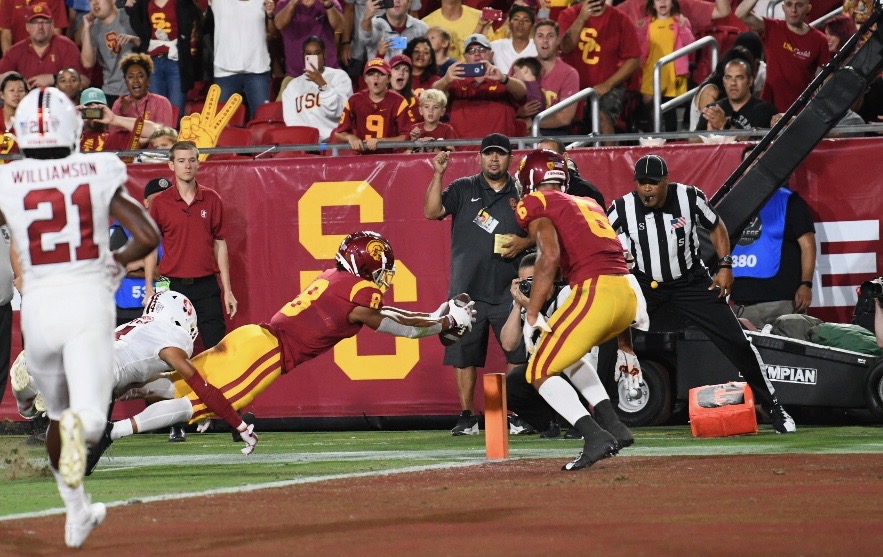 After one year out of the AP Top 25, the Trojans used a big win against the Stanford Cardinal on Saturday night to vault themselves back in.

USC hadn’t been ranked since the Week 3 poll of the 2018 season, when a loss to Stanford dropped them to No. 22. One week later, the Trojans dropped out completely after being blown out by Texas.

Overall, the Pac-12 has five teams in the Top 25, as well as three teams receiving votes. The Trojans will play all but one of those teams, as they miss Washington State during the regular season. Utah checks in as the highest-ranked Pac-12 program, at No. 11.

The Big Ten leads the way with seven entries, while the SEC has six, though they do provide five of the top nine teams. The Big 12 and ACC each have two, while the American and Mountain West each have one, and Notre Dame is in as an independent.

USC will take it’s ranking on the road this weekend, as the Trojans travel to Provo, Utah, to take on BYU. The Cougars are coming off a 29-26, double overtime win at Tennessee.