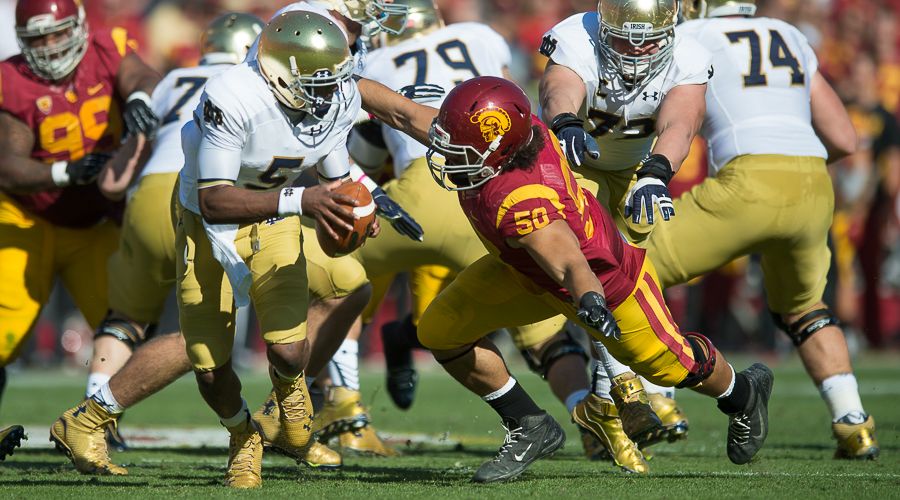 LOS ANGELES — Certainly fans of the University of Michigan have every reason to be euphoric with the hiring of former San Francisco 49ers coach Jim Harbaugh, and his presence in Ann Arbor has already had an effect on the USC Trojans. Harbaugh, the late Bo Schembechler’s former Michigan quarterback, has already infiltrated the John McKay Center with word that Trojans first-year offensive line coach Tim Drevno, who has a coaching history with Harbaugh, is set to rejoin his former boss at Michigan. The next obvious question: How much in the future will the Harbaugh hiring affect the Trojans’ recruiting, which at the moment is focusing in on a top-5 class in 2015?