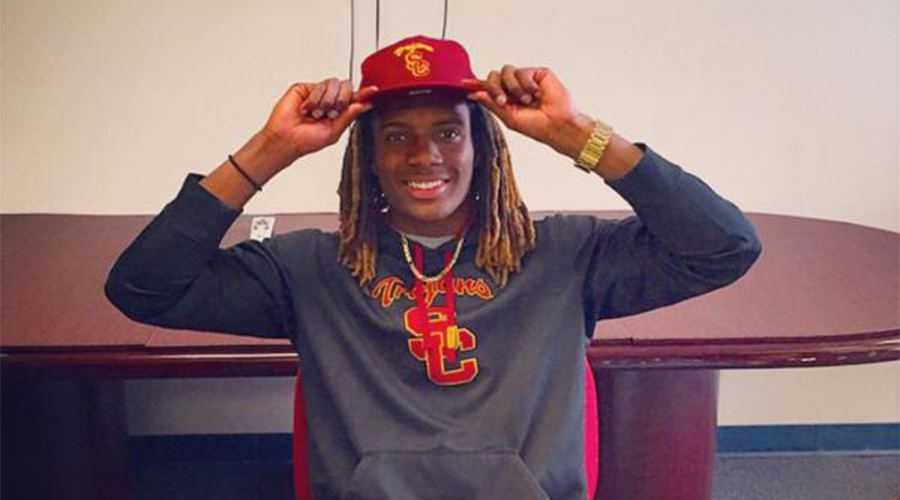 Big Man Out: The injury bug hit the Trojans this week when nose tackle Antwaun Woods suffered a torn pectoral muscle in practice over the weekend and had surgery on Tuesday, which will force him to miss the upcoming Holiday Bowl.

It’s not an ideal loss for the middle of the USC defensive line when they are getting ready to face the strong rushing attack of the Nebraska Cornhuskers. Woods offers a stout 6-foot-1, 325 pound presence that can be hard to move and the Trojans will need to do some shuffling to fill the void. Delvon Simmons has moved over from defensive end in practice to take reps with the first unit, but USC coach Steve Sarkisian said the Trojans could also look at Leonard Williams, Claude Pelon or Cody Temple in that spot as well.

The move of Simmons is not a bad option to have. He’s an experienced transfer who had 43 tackles in his first year with the Trojans, primarily as a reserve, and at 295 pounds he offers enough size to handle the role.

New Verbal: The Trojans added a verbal commitment on Thursday when Riverside City College wide receiver Isaac Whitney announced he would attend USC. Whitney is a member of the ESPNJC50 and chose the Trojans over West Virginia. He joins De’Quan Hampton from Long Beach City College as a pair of 6-foot-4 targets for Sarkisian to add to his receiving corps next year, as both are expected to be utilized on bubble screens and in red zone situations. Whitney had 49 catches for 809 yards and four touchdowns this fall for RCC.

Team Awards: USC held their annual end-of-season banquet on Wednesday night with Leonard Williams walking away with team MVP honors. Williams, who was named an All-American for the second straight season, was also named the USC Defensive Lineman of the Year.