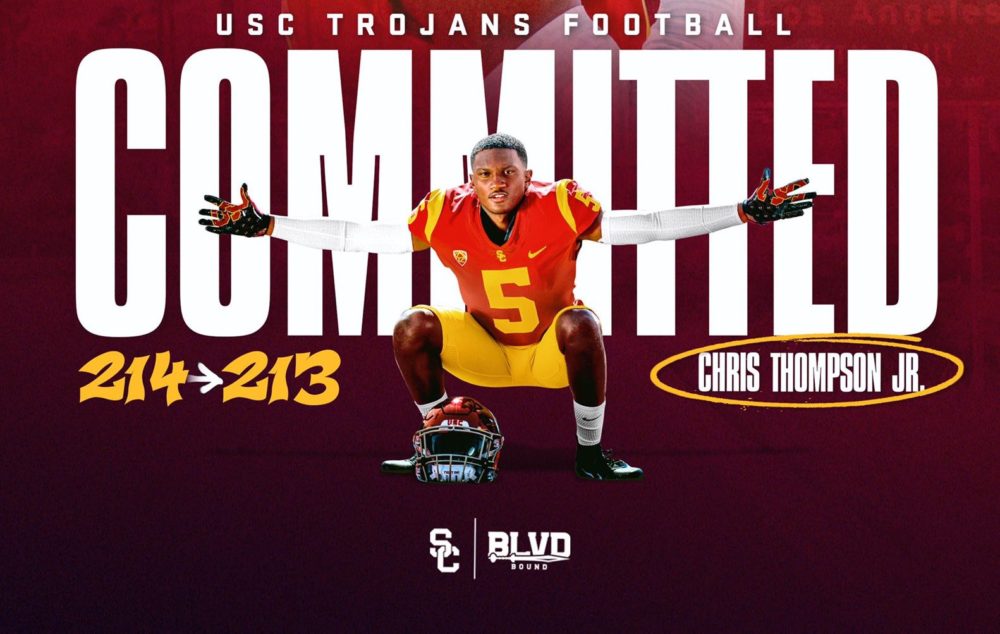 Chris Thompson took an official visit to USC as a four-star safety in the 2020 recruiting class. He also looked hard at the in-state Texas Longhorns thanks to the recruiting efforts of then-safeties coach Craig Naivar. Ultimately, Thompson elected to commit to and sign with Auburn, where he played in six games as a true freshman last season.

After Thompson announced his plans to enter the transfer portal, both USC and Naivar had a second chance to recruit him, and this time they came through.

USC wanted to add significant depth at the safety position in the 2021 recruiting class and the Trojans are making good on that effort. After not taking a defensive back in the 2020 class and seeing several potential safeties in the 2019 class slide out to cornerback or up to linebacker, the Trojans needed bodies at the three safety positions to provide depth or perhaps grab a starting spot.

Even after the additions of Texas transfer Xavion Alford and four-star prospects Xamarion Gordon, Anthony Beavers Jr. and Calen Bullock (plus the incoming addition of Jaylin Smith), Naivar said the Trojans don’t have enough depth at the position to do everything they want to in a defense that heavily utilizes its three safety spots in all three levels of the defense. A season-ending injury to Max Williams during spring ball further highlighted the lack of depth there.

Enter Chris Thompson, who is a physical athlete and should be able to give the Trojans some versatility at the position as well as someone who is comfortable up around the line of scrimmage and serve as a big hitter.