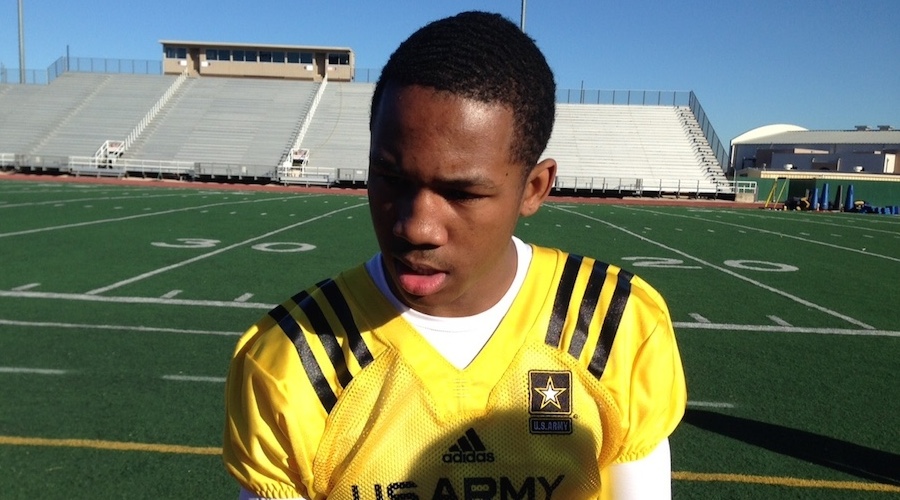 The Trojans didn’t get any televised commitments in the U.S. Army All-American game but there was still an impact made by USC recruits. Here are three prospects, one committed and two undecided, who starred in the 37-9 victory for the West team.

CB Jackie Jones: What a difference a year has made for Jones, who was known more as a receiver after his junior season with comparisons to DeSean Jackson, another Long Beach Poly product. At a spring regional camp for The Opening, Jones flipped over to play cornerback and he has advanced to the point where he is currently the No. 9 ranked corner in the ESPN 300. His interception in the Army game was a great example of his skill set…