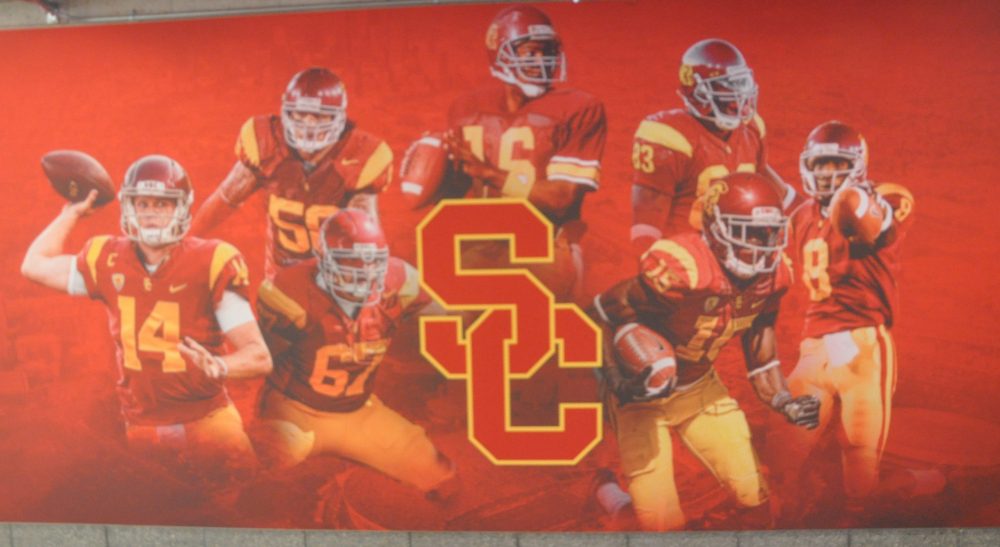 Physical practices, winning championships, and honoring the Trojans who have called the Coliseum home.

USC defensive coordinator Todd Orlando answered questions from USC’s official site about topics ranging from what led him to USC, to what USC fans can expect out of his defense, to what a practice will look like under his defensive leadership. Below is everything Orlando had to say in his introductory statement from USC.

What led you to USC?

“When you’re looking at a job, the number one thing is who you’re working for. I had an opportunity to be with coach Helton multiple days and we believe in the same thing. Actually, we’ve gone through football early in our careers virtually the same way, too. The second part is, can you win a championship? And there’s no doubt in my mind that we will get that done. And then the third thing is whether you can sustain that through recruiting, and when you look at the great state of California and just look at Los Angeles itself, just the talent that’s in this area, we’ll be able to sustain championships.”

What do you know about USC defensive personnel?

“We’re a veteran group and I’m excited to be able to work with guys that have played the game before. Sometimes when you come into situations where you might have some youth, and especially when you change systems, it can be a little bit difficult. But [I’ve] been really, really impressed. I had a chance to see the guys work out. Excited to get a chance to work with them. Excited for them to get through my office so we can sit down and talk about things that are outside of football, embrace each other and get to work.”

What should fans expect from the USC defense?

“It’s going to be physical. There’s no way around it. You can’t practice soft and play hard. I’m a true believer of that, so tackling, taking on blocks, defeating blocks, they’re all part of the game—the core fundamentals of playing football. So that’s the stuff we’re going to do. We’re not going to talk about it. We’re not going to sit there on Saturdays and try to get things corrected. We’re going to do it all the time until we’ve mastered it.”

What are your memories playing against the Trojans?

“I’m an old school guy. The tradition of this place—to be able to just walk down, coming onto the field and seeing the All Americans, seeing the people who have gone through this place to have great NFL careers—to be associated with that and to have the responsibility to upkeep that, that’s the part that I’m really, really looking forward to. And there are some future stars on this roster, and I want to just remind those guys of the people that walked before them and what the expectation for them is.

Excited to be a part of the Trojan Family. Fight on.”