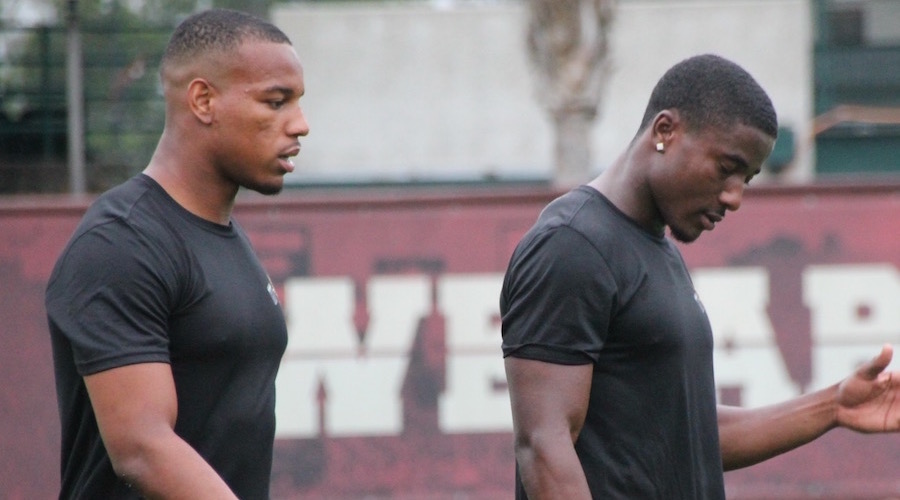 The Trojans got together this morning for the first player-run-practice of the summer and here are a few details of what we saw:

* The offensive line featured Clayton Johnston (LT), Chris Brown (LG), Nico Falah (C), Jordan Austin (RG), Toa Lobendahn (RT). Chuma Edoga and Viane Talamaivao did not take part. It was interesting to see Toa line up at RT as there were a lot of questions where he would be (LG, C or RT).

* Deontay Burnett caught a pair of impressive long balls, one was a touchdown from one of the walk-on QB’s (pretty sure it was Holden Thomas) while the other was a leaping grab along the sideline over the defender on a pass from Darnold.

* Kenny Bigelow went with the 1’s at nose. Good to see him out there moving around well.

* Keyshawn “Pie” Young worked out in the slot receiver position.