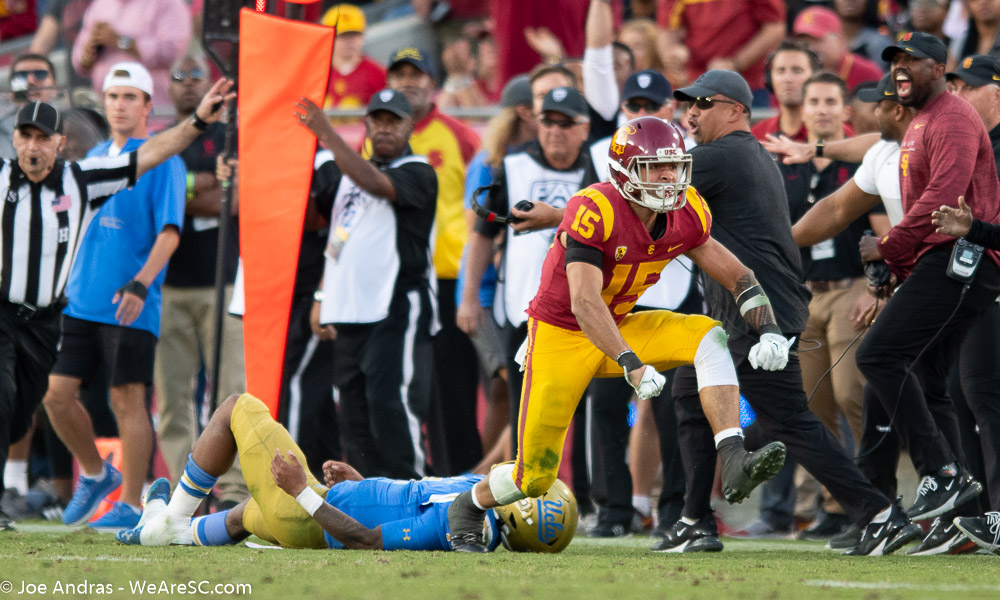 No program had more players named to the Chuck Bednarik Award Watch List than USC on Monday, as three Trojans are on the radar for the award given to college football’s outstanding defensive player.

Safety Talanoa Hufanga, defensive tackle Jay Tufele and defensive end/linebacker Drake Jackson made the list for USC, as the Trojans tied for the lead with LSU and Pittsburgh in having three players each.

Linebacker Ray Maualuga is USC’s only Bednarik Award winner, as he took the honors following the 2008 season. The award has been giving out since 1995, as Northwestern head coach Pat Fitzgerald won the first two as a linebacker for the Wildcats.

Hufanga took over the starting strong safety position for five games as a true freshman in 2018, then started 10 games there last year. Injuries have been an issue for Hufanga during his career, but he heads into his junior season with 141 career tackles, 3.5 sacks, seven deflections and two forced fumbles.

Tufele heads into his fourth year at USC having totaled 65 tackles, 7.5 sacks, a blocked field goal and a fumble recovery returned for a touchdown. He was named to the All-Pac-12 First Team last season and has won USC’s Defensive Lineman of the Year Award each of the past two seasons.

Jackson is coming off a tremendous true freshman season, where he recorded 46 tackles and led the team with 11.5 tackles for loss and 5.5 sacks. He also had three deflections, a forced fumble and a safety. He was named to the All-Pac-12 Second Team last season.