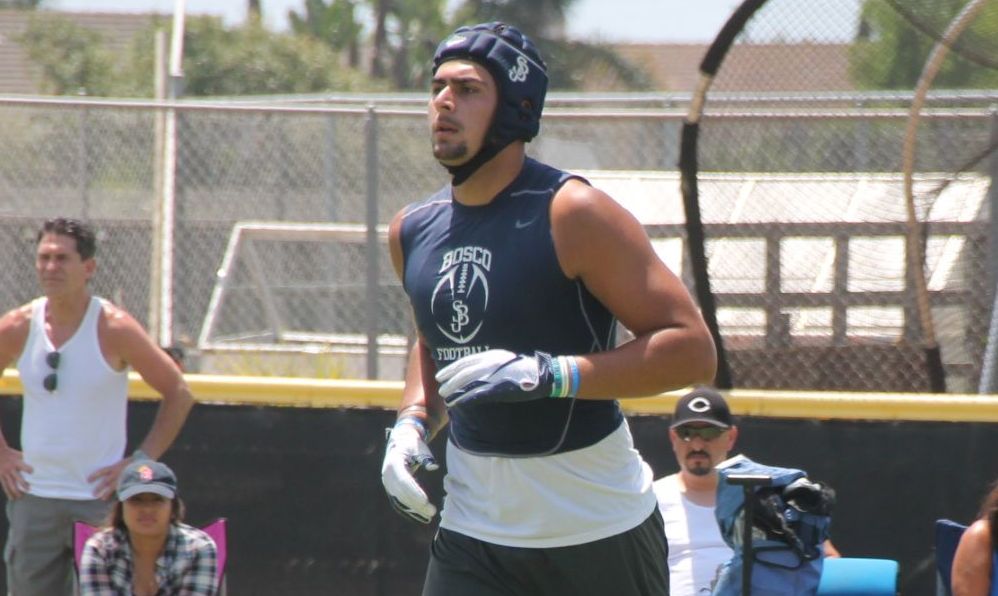 Fall camp may be underway at USC but that doesn’t mean recruiting has stopped as the Trojans have received three verbal commitments in recent days.

The first came Friday night just after the Trojans wrapped up their first day of camp as St. John Bosco tight end Jude Wolfe confirmed that he would attend USC. It was one of the worst-kept secrets in recruiting that Wolfe would end up in Cardinal and Gold, and he even admitted that the decision had been made a while ago but he waited to announce on his grandmother’s birthday.

The delay in waiting for the announcement didn’t make it any less special when you consider how talented Wolfe is as a prospect. He’s got a classic 6-5, 245 frame with a nice combination of pass catching and blocking skills, plus he plays for one of the most dominant high school programs around in pre-season #1 in the country Bosco. Wolfe is also a good student who said the Marshall Business School played an important role in him choosing USC.

Part of the reason the verbal from Wolfe is important is because it comes just weeks after the Trojans got a verbal from tight end Ethan Rae of Orange Lutheran. The duo are both top-10 ranked in the nation at their position and they bring similar skill sets as players with size who also bring pass catching skills, rather than guys who need to grow into the position. If the Trojans are looking to be more of a power running team in the future it’s tight ends like Wolfe and Rae who will be important to make that happen.

Over the weekend it was time to get another commitment for the class of 2020 as placekicker Parker Lewis from Arizona announced that he would attend USC.

Lewis has tremendous size at 6-3, 195 and attends powerhouse Saguaro HS, and he’s been a longtime USC fan after his grandfather originally committed to the Trojans as well before suffering an injury and attending ASU. Lewis has camped with the Trojans and built up a good relationship with special teams coach John Baxter, and he chose USC over an offer from in-state Arizona.

On Monday, it was back to the Class of 2019 with a verbal commitment from linebacker Maninoa Tufono, who produced a commitment video that has received rave reviews on social media.

Tufono (6-3, 230) is ranked as the #6 ILB in the country from Punaho HS in Honolulu and he chose the Trojans over Washington, Texas and Oregon. Maninoa becomes the 2nd linebacker commit for USC in this class, joining Stanley Taufoou as a pair of stout and physical backers who should play well as run-stuffers for the Trojans.