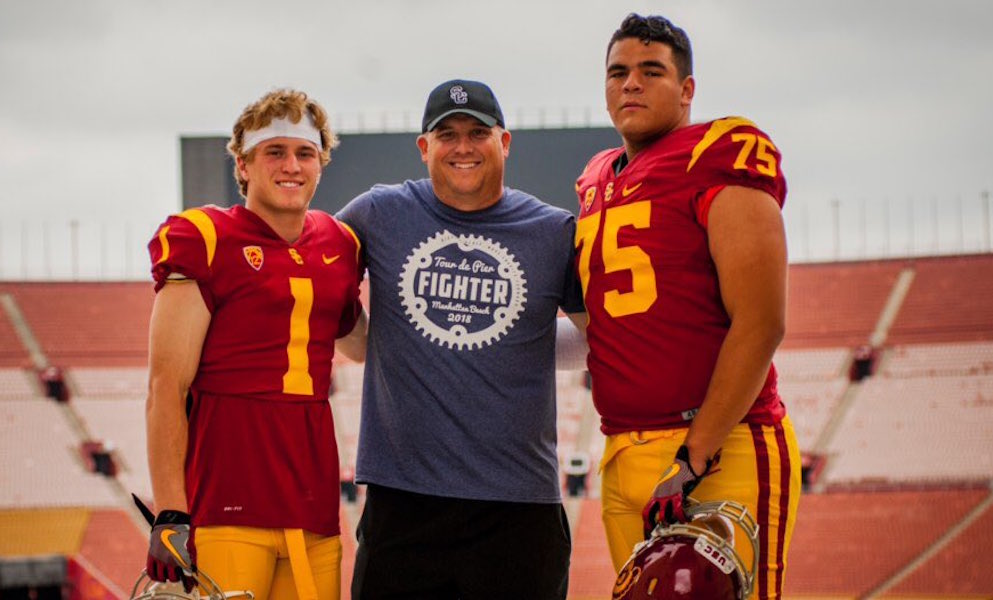 The trial of former USC running back coach Todd McNair continues on Monday with a resolution hopefully coming early in the week.

The case was delayed toward the end of last week when a juror was replaced for language issues after claiming they weren’t able to properly understand all the details of the case. A replacement juror was brought in on Thursday and deliberations were started all over again before being stopped on Friday at noon due to previous afternoon commitments for the job and a juror.

At this point the jury is voting at 8-4 split, with McNair needing a 9-3 vote in order to prevail on his defamation claim. That 8-4 vote (with the now-excused juror) was made on question #3 of the 9-question jury verdict form (see below for description of the 9 questions.

—————————————————
The Trojans hosted a pair of official visitors on campus over the weekend with previously committed OL Jason Rodriguez and Arizona Wr/RB Jake Smith, who has narrowed his choices to either USC or Texas.

A wholehearted thank you to USC?❤️ Thank you to the boys for taking me in✌?I’ll see y’all when I get there ??Treated me and my family like we were their family✌??❤️ #USC #FightOn pic.twitter.com/CyJwG5UjQv

Huge Thank you to USC and their staff for an amazing official visit! My family and I had a great time✌? pic.twitter.com/TdoH2A8MKS

There was also a report late on Friday that junior corner Jackie Jones would be academically ineligible for the 2018 season.

The likely replacement in the starting line-up would be senior Isaiah Langley, who took the starting reps in spring while Jones was out in an effort to focus on academics, and who also got plenty of playing time last fall (including four starts) with 38 tackles and six pass deflections. Other options would include Jonathan Lockett (a senior who is returning from hip surgery last fall) and Greg Johnson (a sophomore who is returning from a shoulder injury last fall). USC also welcomes in a pair of highly touted freshman in the fall with Olijah Griffin and Isaac Taylor-Stuart, and either one of them could get in the mix right away.

You never want to lose a player of Jones’ talent but the secondary is well positioned to absorb the loss and move on, especially when you factor in the reputation Jones had for ill-timed penalties or lapses. It remains to be seen what Jones next move will be in terms of potentially returning to USC, transferring to another school, etc.

Thank you to everyone who stayed on my side and still on my side !? THIS IS NOT THE END… this is a start to a new beginning?? God Bless ???