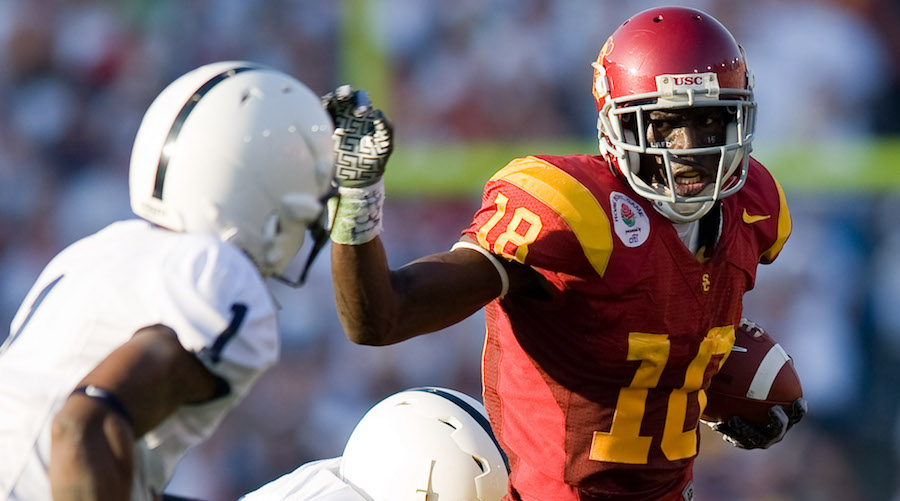 There is something very right about this USC team ending up in the Rose Bowl.

When you combine everything that happened this year, from the lows that were very real to the highs that feel so good at the moment, it just has such a magical touch that the end reward is a visit to the most treasured USC post-season destination of them all.

This will be the 34th trip to the Rose Bowl for the Trojans while sporting a 24-8 mark, and the 24 victories represents the highest win total of any school in a single bowl game. The fact that the record is held for the Rose Bowl always made it that much more special. There is a reason they call it the Granddaddy of Them All and there is a certain pride that USC has been such a dominant presence.

Unfortunately, it has been a while since the Trojans have made an appearance. The last time USC was in a Rose Bowl was 2009 when, coincidentally, the opponent was Penn State and it was Mark Sanchez who led the way to a 38-24 win. It certainly didn’t feel at the time like the beginning of a Rose Bowl drought, not for a team who had gone for 4 straight years, and four of the previous five. Those were the Pete Carroll years, of course, and being part of the Rose Bowl felt like an annual event.

But as we know, much has changed at USC since that point, and missing out on Rose Bowls was just one of the issues that came along the impact of sanctions and instability at the head coaching position.

As the 2016 season started, it was the first full year as a head coach for Clay Helton and there wasn’t much discussion of this being the team that returned the Cardinal & Gold to Pasadena. Most people viewed it as a transition year, a time for Helton to build his program and show that he was the right man long-term for the job.

With a 1-3 start that included a sobering loss to Alabama and a quarterback change that seemed somewhat awkward at the time it’s amazing to look back on that time and think anyone could have predicted where the Trojans would be now. The wolves were out for Helton at the time and there were questions about whether he would survive the year, not if he would be up for national coach of the year discussions.

A funny thing happened though, and it started with that quarterback change. The move to Sam Darnold instantly breathed a new energy into the Trojans and it started right away in the game at Utah. The Trojans may have lost but the way they played was noticeably different and it carried over for the rest of the year.

The USC offense suddenly was spreading the ball around to different receivers and the offensive line, one that had high hopes but had struggled early, began to come together and assert themselves at the line of the scrimmage. The defense which couldn’t put any pressure on early was suddenly coming from all angles under the guidance of Clancy Pendergast. It helped to have a special talent like Adoree’ Jackson who was blossoming into his potential as one of the best players in the country.

There were big plays like Darreus Rogers snatching the ball away from the Colorado defender to help close out the win. There was Adoree’ with an acrobatic interception in the same game. There were the Trojans going on the road to Seattle against an undefeated Washington squad that ended up in the College Football Playoff final four, but the Huskies took an L that day in overwhelming fashion against a well-prepared and focused USC team.

All of a sudden the national college football media noticed that something was happening with the Trojans. The team that most people remembered as the one giving up 52 to the Tide was now on a long winning streak and playing a really good brand of football. Most of the credit went to Helton and Darnold, and deservedly so for the job both of them did, but this was also as much of a team effort as you could hope to see where players and coaches both grew throughout the year.

To have the college football stars align to where this group is able to finish off the season by heading back to the Trojans home-away-home is just so appropriate, so well earned, and it’s one that will be appreciated by the entire Trojan Family.